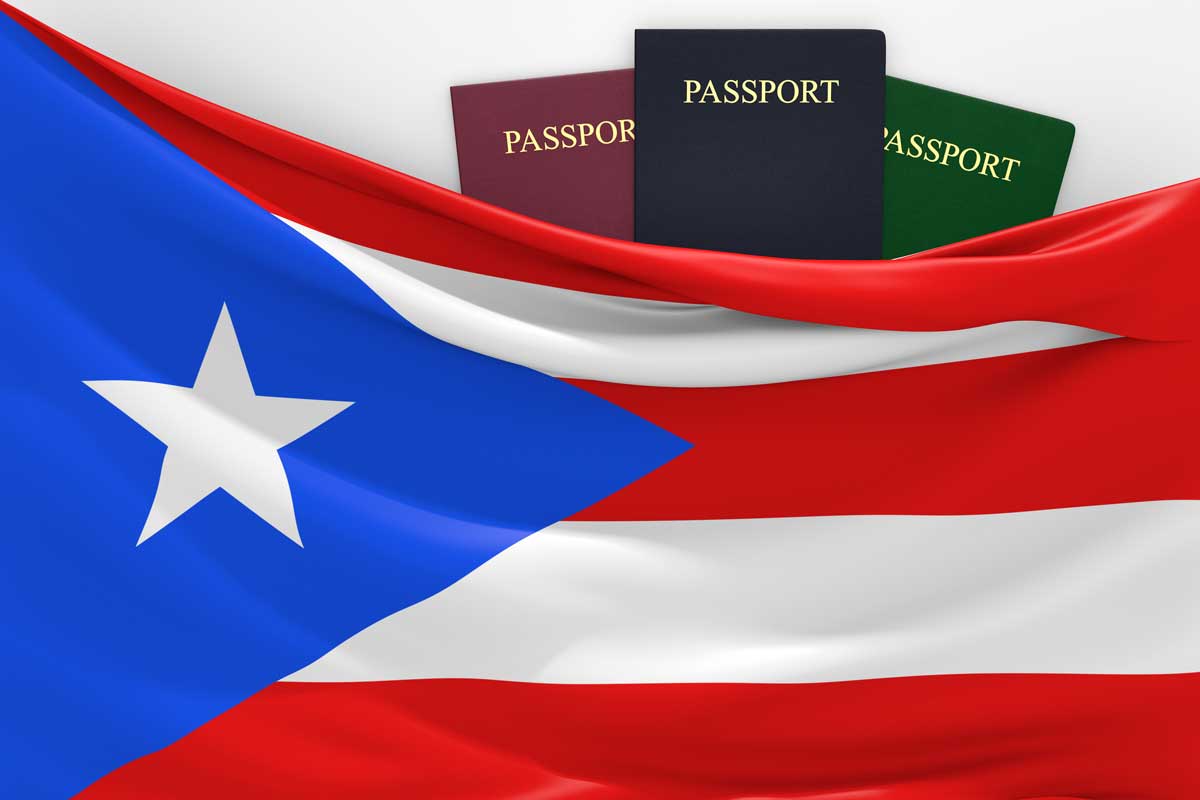 Are you planning a trip to the Caribbean and wondering: do you need a passport to go to Puerto Rico? Puerto Rico is one of the top Caribbean destinations for US travelers, but there are some details to know before you go.

There are other US territories with similar rules, but as a local, I can tell you that Puerto Rico is particularly easy to travel to and makes for a great trip from the states.

Let’s look at some of the entry requirements for traveling to Puerto Rico!

Do US Citizens Need a Passport for Puerto Rico?

United States citizens traveling from within the USA do not need a passport to enter Puerto Rico as it is a non-incorporated territory. Travelers can use a government-issued photo ID like a driver’s license to travel to Puerto Rico.

Since 1898, Puerto Rico has been a non-incorporated territory of the United States. As a result, a trip to the island counts as domestic travel, and US citizens can visit using only an official government-issued ID. These documents prove that you’re a United States citizen.

While other commonwealth territories like Guam, American Samoa, the Swains Island, and the Northern Mariana Islands might require US citizens to have a passport, US citizens can travel freely between Puerto Rico and the US Virgin Islands with their official ID and without going through customs as long as they travel directly from the mainland.

A United States citizen that travels from a foreign port will need to show their passport at the airport when entering Puerto Rico.

As of May 2023, the Real ID Act will require all driving licenses to be a Real ID for traveling purposes. If your driver’s license or government-issued ID isn’t a Real ID, then you’ll need your passport to travel to both Puerto Rico and other states of the United States.

As per the governor’s Executive Order 2022-019, domestic visitors entering through the airports no longer need to fill out the Traveler’s Declaration Form, have proof of vaccination, or provide a negative PCR test when arriving on the island. But, travelers 12 years or older that reach the island through a cruise port can only disembark if they are fully vaccinated.

✅ Always Forget What to Pack? Use my handy checklist of what to pack for Puerto Rico to remember everything!

Do US Permanent Residents Need a Passport for Puerto Rico?

While travelers with an LPR status can enter Puerto Rico with an official ID such as a driving license, the United States Customs and Border Protection recommends bringing their green card and passport too.

Do Non-US Citizens a Passport for Puerto Rico?

Non-US Citizens and travelers from a foreign country have the same passport documentation requirements when visiting Puerto Rico and the American Virgin Islands as when visiting the United States mainland.

Although Puerto Rico is a Free Commonwealth, the island is a territory of the United States and has the same entry requirements as any other state in the United States. Depending on where you’re traveling from, you might not need any visas to visit. Check the US Department of State website to learn more.

Things to Know Before Traveling to Puerto Rico

You Can Use Your US Phone in Puerto Rico

United States residents can keep using their cell phone service in Puerto Rico. Many American cell phone companies include Puerto Rico in their coverage network without an extra cost.

The Driving System is Similar

If you’re renting a car in Puerto Rico, then you’ll be happy to know that the traffic system is similar to the United States. Although most traffic signs are in Spanish, they follow the universal system for traffic signs.

Puerto Ricans are US Citizens

Puerto Rico became a non-incorporated territory of the United States in 1898, but with the Jones Act in 1917, Puerto Ricans received US citizenship and have the same rights as citizens born in the mainland.

See my list of facts about Puerto Rico for more information.

While both English and Spanish are official languages of Puerto Rico, only a small percentage of the population is fluent in English. Learning basic Spanish phrases will help you get by.

San Juan is the capital city of Puerto Rico and offers some of the most popular things to do in Puerto Rico. Some of the best neighborhoods in San Juan are Old San Juan, Condado, Miramar, and Santurce.

If you’re an American citizen entering Puerto Rico directly from the United States, then you do not need to show proof of vaccination or a negative PCR test when arriving at the airport (as of March, 2022).

While the government lifted the obligatory mask mandate in the spring of 2022, it’s still required to use a mask at the airport, public transportation, and hospitals. Some local restaurants and malls might choose to keep the mask mandate, so you should be mindful and comply with their rules.

Puerto Rico Has a Hurricane Season

Puerto Rico’s hurricane season starts in June and finishes in late November. The chances of being either directly or indirectly impacted by a hurricane during this season are higher, but the island doesn’t get hit by hurricanes every year.

Many travelers wonder “Is Puerto Rico safe?” and, as a local, I can say the island is completely safe for tourists and visitors. While crime is present in Puerto Rico, it rarely affects tourists as long as they take common safety measures. See my guide on staying safe in Puerto Rico for more information.

The Dollar is the Currency

As Puerto Rico is a territory of the United States, the island’s official currency is the US dollar. United States travelers can continue using their cash and cards when purchasing things on the island.

What documents do I need to go to Puerto Rico?

United States citizens and lawful permanent residents coming from within the USA do not need a passport to visit Puerto Rico and can enter the island with a government-issued ID. International travelers have the same entry and passport requirements to enter Puerto Rico as they would entering any other part of the United States.

Can I go to Puerto Rico with a driver’s license?

What type of money does Puerto Rico use?

Is there a ferry from Florida to Puerto Rico?

There is not a ferry that travels from Florida to Puerto Rico. Travelers that want to visit the island can do so via airplane a cruise.

Thanks for reading all you need to know about passport and documents requirements for visiting Puerto Rico. If you haven’t planned your trip yet, check out my picks for what to do in Puerto Rico!