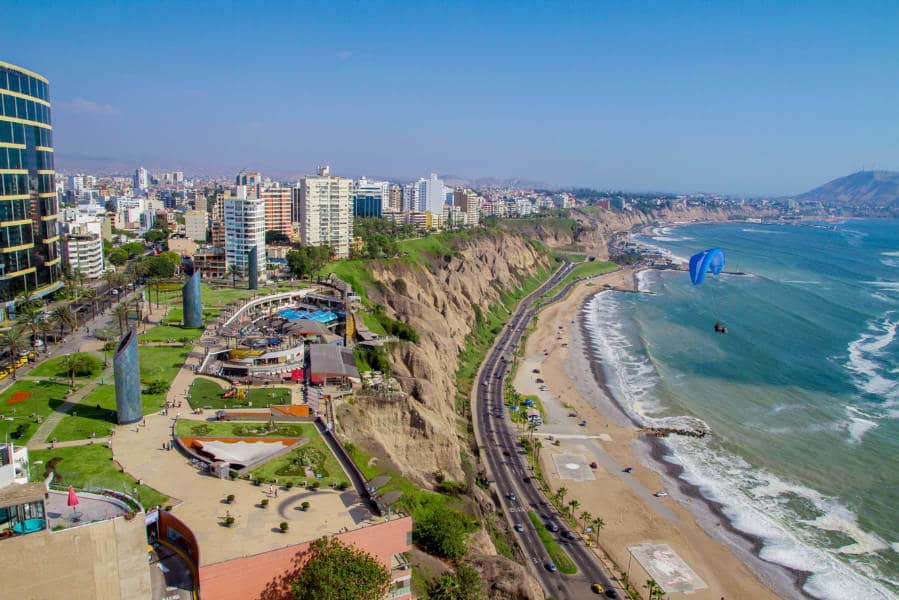 6 hot and trendy spots on the continent. As voted by some of the world’s top travel influencers.

2019 is the year to get off the beaten path in South America.

We asked some the world’s top travel influencers to vote on the best emerging travel destinations around the world. And the six winning destinations they in South America are probably going to surprise you a little.

This is the penultimate article in our annual list of the best emerging destinations for each continent.

Enough with the intros. Without further ado, here are the 6 hottest emerging destinations in South America for 2019:

Our South America judges panel was more split than that for any of the continents this year, but there is one place they definitely agree deserves a spot on your 2019 bucket list: Cali. While the secret about Colombia is officially out, with places like Cartegena and Medellin seeing their share of tourist love lately, 2019 seems poised to be Cali’s year in the spotlight. The big draw here? Salsa, of course. Cali is the undeniable king of the latin dance, and a visit to the city isn’t complete without giving it at least one whirl. But Cali also offers fantastic gastronomy at its ever-growing list of world-class restaurants, not to mention easy access to beautiful nature at the nearby Los Farallones de Cali National Nature Park. And don’t miss the annual Feria de Cali festival, a colorful dance and music extravaganza that’s conveniently time for the end-of-year vacation season.

“Add ‘learn how to salsa in Cali’ to you bucket list. Even if you don’t have rhythm, be sure to give those hips a swing!
Nate Buchan
// World Nate

Where adventure and ecotourism meet

The region around Bonito mixes two of the hottest trends in the industry, adventure travel and ecotourism, into one mind-blowing elixir. You’ll find lakes and streams so clear they are practically transparent, not to mention dozens of waterfalls and caves just calling out for exploration. Serious divers definitely won’t want to miss the “Anhumas Abyss” cave, an eerily fascinating underground world that looks like a scene from a sci-fi flick. Nearby you’ll also find the Pantanal, the world’s largest tropical wetland area and a refuge for jaguars, caiman, and thousands of other species. Considering it is at the leading edge of some of the most fashionable trends in travel, Bonito is unlikely to remain a hidden gem for much longer.

“Brazil is a very special place, filled with stunning landscapes, epic parties and real off the beaten path adventures. Bonito offers some of the most incredible adventure and wildlife immersion opportunities in South America.”
Will Hatton
// The Broke Backpacker

The South America of yesteryear

The star attraction in Bolivia has long been its stunning Salar de Uyuni, an expanse of otherworldly salt flats that headline one of the best backpacker tour circuits in the world. But there are many things to do in Bolivia beyond just pretending you’re being eaten by a giant toy dinosaur. You can swim with pink river dolphins in the Amazon basin, bike down the world’s most dangerous road, explore Tupiza’s Mars-like terrain, enjoy a night out in throbbing La Paz, or explore Lake Titicaca from its less-touristed angle. And with a tiny fraction of the visitors of neighboring Peru and Chile, Bolivia is the perfect place to experience authentic South America. It’s easy to imagine this is what the continent felt like before the era of mass tourism.

“If you take the time to explore Bolivia, you’ll experience a much different piece of South America than you’ll find in the more visited neighboring countries. With indigenous-run eco lodges in the Amazon and small villages that still retain their rich culture, Bolivia is worth more than just a quick glance at the Salt Flats.”
Katie & Ben Zweber
// Two Wandering Soles

A tourism star is (finally) born?

Seven years after Travel + Leisure called it one of the world’s most underrated cities, Montevideo still somehow manages to fly under the radar. But travelers who make the time to soak in Uruguay’s capital will be surprised by a cosmopolitan city rich with history, art, and gastronomy. Plus, some will be interested to know the whole country recently legalized cannabis (you know, if you’re into that sort of thing …). And, believe it or not, Montevideo is a great destination for the party crowd. It hosts a raging Carnival festival with all the energy of Rio’s more famous production but without the stifling crowds.

“Montevideo has been on these emerging destination lists as long as I can remember, never actually getting there. But with the opening of some notable hotels the past few years and the most liberal marijuana laws south of Canada, this may be the year it starts getting more than a trickle of foreign visitors.”
Timothy Scott
// ​Luxury Latin America

More than a layover destination

Technically, Lima receives a flood of tourists each year. But most of them are there for ephemeral visits on their way to explore the country’s more famous attractions. A few, however, have taken the time to stay and explore the city. And they’ve sounded the alarm on Instagram and Facebook by letting the rest of the world know: Lima isn’t just a stopover city. First off, it has a temperate and dry climate that makes nearly every day a ball of sunshine. Plus, it offers a first-rate foodie experience (its high-end restaurants have been showered with international accolades recently), a fun and unique Magic Water Circuit Park, and some of the best nightlife this side of Buenos Aires. The simple fact is if Lima were in any other country, it would be the star attraction for the whole nation.

Is this place even real?

Follow in the steps of Charles Darwin and explore this picturesque volcanic archipelago off Brazil’s northern elbow. Sheer cliffs jut out of the sapphire water to form scenes that seem like Hollywood CGI. But believe your eyes: Fernando De Noronha is 100% real. And as stunning as its beaches are, the real treat is in diving or snorkeling off shore: corals, sharks, turtles, and dolphins are all easy to spot in the near-perfect visibility of the island’s surrounding water. Designated a UNESCO World Heritage site, these remote islands aren’t easy to explore. Visitor numbers are capped and you’ll have to shell out an environmental preservation fee to visit (both of which are probably for the best), so be sure to plan ahead to visit this natural wonder before word gets out!

“As a scuba diver both Brazilian spots are very appealing as Brazil is not a destination I’ve ever considered for diving.”
Nathan Aguilera
// ​Foodie Flashpacker

That’s all for our winners in South America, but go check out the winners for every continent.