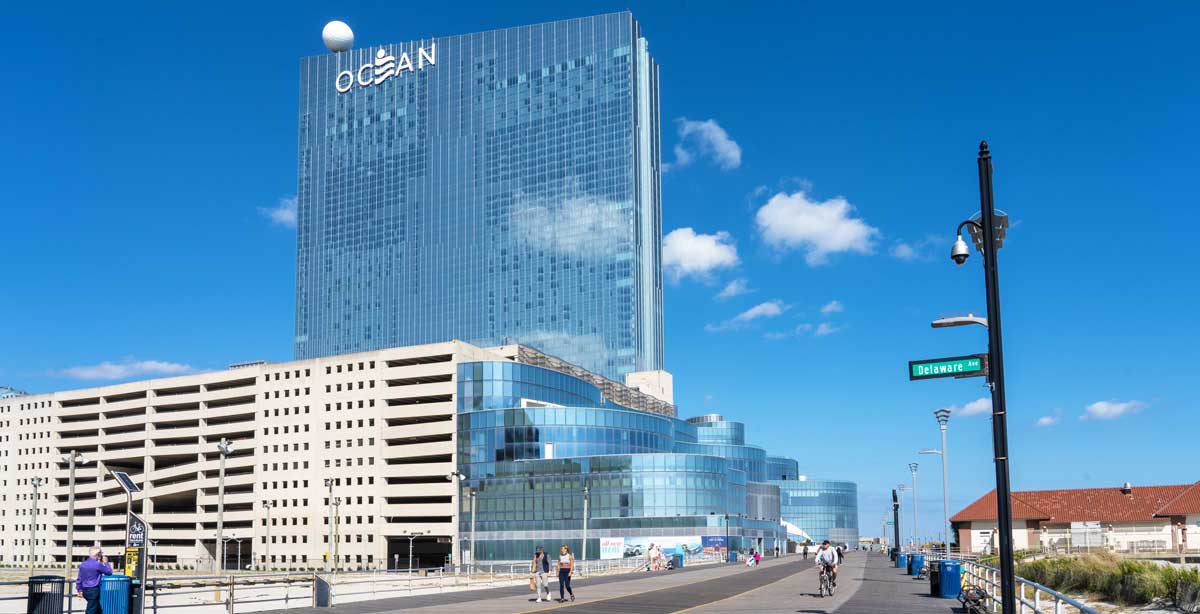 Atlantic City, New Jersey is a popular summer destination, but you may be wondering; is Atlantic City safe for travel?

I’ve lived in and loved the Garden State for many years, and can tell you that Atlantic City is generally safe to travel to.

As with all locales, there are some precautions you should take both before you go and while you’re there. To give you the inside scoop, I’ve loaded this article with information to make sure you have a safe time while doing all the best Atlantic City activities. You can also see my guide to safety in New Jersey for more.

In general, Atlantic City is safe to travel to, although it does have above average crime statistics. The government made great efforts to keep everyone safe during the global pandemic, but petty theft can be an issue in some parts of the city.

Atlantic City is a popular tourist destination. Many tend to visit, particularly during the late spring and summer months. Unfortunately, when tourists increase, so do petty thieves. Mugging, pickpocketing, and auto theft have occurred in certain parts of the city. To that end, it’s a good idea to stay in main tourist areas that are well populated and avoid residential areas.

Things to Know About Safety in Atlantic City

Knowing where to stay in Atlantic City will be your biggest ally in having a safe trip. The Boardwalk and Marina District are the most popular areas for tourists in Atlantic City. Traveling in these areas, where there are plenty of people around, is your best bet. The Downtown area is another popular neighborhood to stay in – but be aware of your surroundings.

Criminals are more likely to strike after dark and in secluded, isolated areas. Stay vigilant about your surroundings and do most of your exploring during the day.

Atlantic City, New Jersey suffered from Covid 19 like most of the Garden State. However, since the introduction of vaccines, things have been looking up. Mask mandates are no longer in effect and proof of vaccination is no longer required.

Some individual businesses may still require masks, but this is rare. Businesses in Atlantic City generally have strict cleaning protocols, including Atlantic City casinos and restaurants. This results in a cleaner, safer environment for everyone.

To see the most updated states for Covid-19 in Atlantic City, check out the widget below from Covid Act Now. This app automatically updates, giving you the most current information on the Covid situation in Atlantic City.

However, most of these crimes occur in residential areas, and it doesn’t imply all of Atlantic City sketchy. Stay in tourist-centric areas such as the Atlantic City casinos and boardwalk, as well as the Marina District. This puts you at a lesser risk for violent crimes. Petty crimes such as pickpockets and mugging, though, may still be an issue.

👉 Read Next: Is Newark Safe?

Because it’s a heavy tourist destination, Atlantic City, New Jersey scammers will try to prey on the unaware or intoxicated. Most of these involve petty theft. Atlantic City visitors will do well to look out for these scams.

Whether in Atlantic City or elsewhere, it’s a good idea to purchase good quality travel insurance. This way, even if a sneaky thief nabs something, you’re covered.

Don’t Forget
World Nomads
World Nomads is an excellent resource for protecting your self, your things, and your trip.
Pros:
Cons:

Since most of Atlantic City is close to the water, the temperatures tend to be cooler than in areas more inland. However, natural disasters and hazardous weather aren’t common here.

The worst natural disaster in recent history was Hurricane Sandy in 2012., which was an anomaly. It devastated homes and attractions, such as the Steel Pier Amusement Park.

The most you’ll reasonably have to consider is a rainstorm, which only really occurs during spring and summer. Find out when the best time to visit Atlantic City is so you can choose the best possible time to visit.

As in many locales, women traveling alone usually draws the attention of criminals. The risk of harm while traveling alone as a woman in Atlantic City is low/moderate – but should still be kept in mind. Travel in groups if you can.

If you’re a woman traveling alone, stay in well-lit public areas. Keep any belongings close to your person, and be aware of your surroundings. Try to limit going out after dark, especially in areas like Downtown Atlantic City, or more residential areas.

Is Tap Water Safe to Drink in Atlantic City?

Tap water in New Jersey is, in general, nothing to write home about. While it’s within EPA guidelines, some pipes can have contaminants. Because of this, you’re better off drinking filtered water. To lessen your use of plastic, consider using a Grayl water filtration system.

Tip #1 – Be Aware of Your Surroundings

Two of the most common incidences of crime in Atlantic City are pickpocketing and mugging. To be safe, be aware of your surroundings and notice if anyone seems unusually close to you. This is sound advice to use no matter where you travel.

If you can, no matter your gender, try to avoid traveling alone in Atlantic City. If anyone decides to do anything nefarious, they’re more likely to prey on someone who’s alone, as opposed to those in a group.

Tip #3 – Keep Belongings Close to You

For convenience and safety, when out and about in Atlantic City, it’s a good idea to keep your belongings close to you. A good crossbody bag is a great idea. They’re easy to keep an eye on and make it hard for muggers and pickpockets.

Criminals tend to get bolder with the cover of darkness. Be careful about traveling at night, especially alone. It’s a good idea to avoid walking alone at night as well. If you do, go straight to your destination (i.e. car, hotel, venue, etc).

Stay in well-populated areas and avoid being out past midnight. If you have to be out late, travel in groups.

This tip is actually good to keep in mind no matter where you travel. It only takes a few seconds for someone to slip something into your drink at a club, casino, or bar. Stay vigilant. There are even products designed to help keep someone from spiking your drink if you look away, such as the Night Cap drink cover.

👉 Read Next: Top Places to Go in New Jersey

FAQs About Safety in Atlantic City

What is the safest part of Atlantic City?

The safest part of Atlantic City is the Boardwalk. Uniformed and plain clothes police officers patrol the area frequently to ensure everyone’s safety.

Atlantic City beaches are safe, especially during beach season. From Memorial Day to Labor Day, lifeguards are on duty to keep beachgoers safe. Outside of Beach season, police still patrol the area often.

Is Atlantic City safe to walk at night?

It’s not a good idea to walk around Atlantic City at night, especially alone. It’s fine, however, if you’re leaving an event and going a short distance to your vehicle or rideshare.

Is it safe to go to Atlantic City alone?

It’s moderately safe to travel to Atlantic City alone. If you must, use caution and keep alert. Be aware of your surroundings, and don’t travel at night.

America’s Playground, a.k.a. Atlantic City has a lot of great activities to enjoy. If you’re looking for more Garden State fun, then check out these places to visit in New Jersey for some great ideas!

Yvette Griffith is a New Jersey-based Freelance Travel Writer who loves all things travel! She takes advantage of every opportunity to get away, often with her young daughter, as they explore their state as well as the world around them. From Southern Cali, to cruises to the Caribbean, to local adventures, Yvette is always ready for her next adventure.