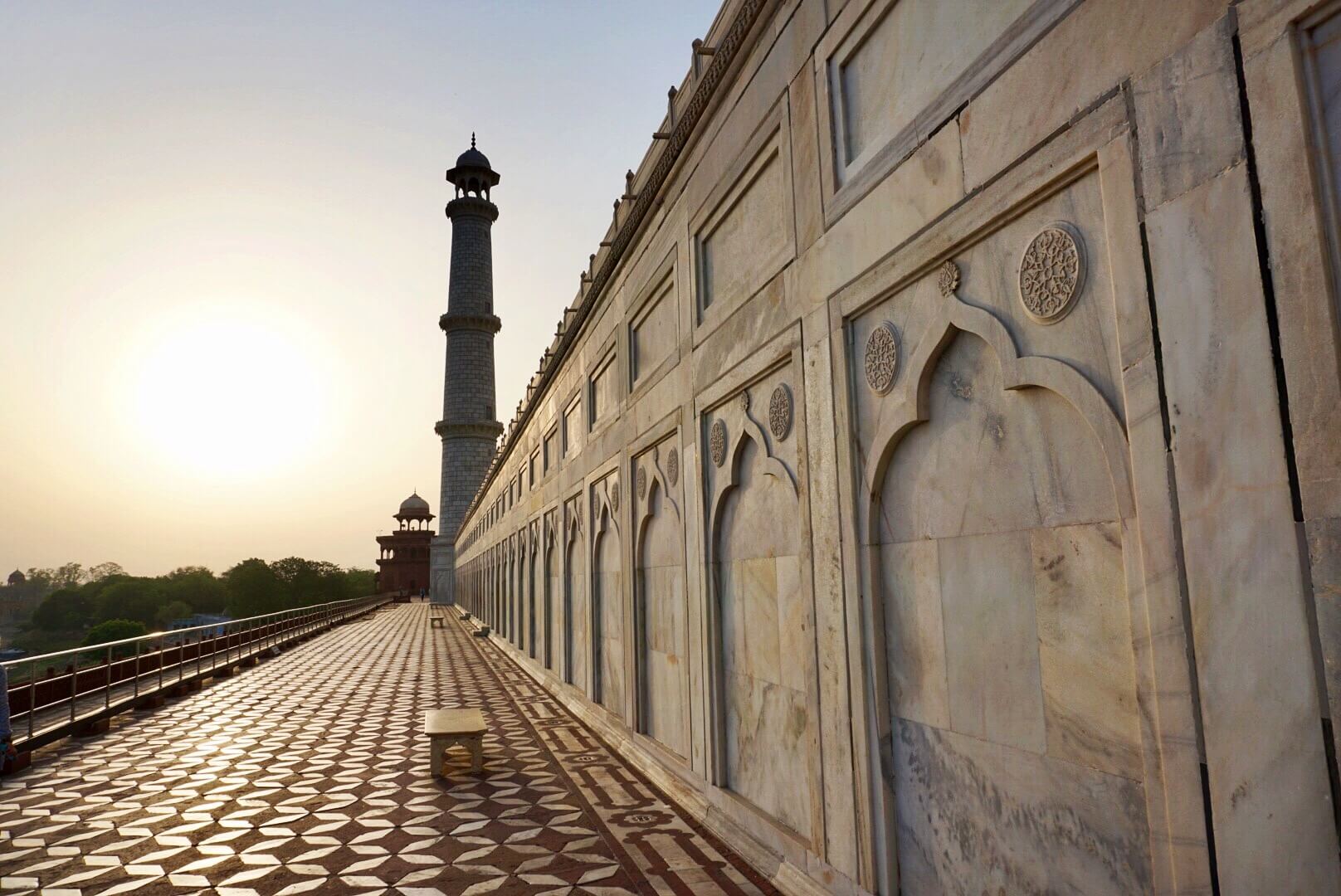 Since I left home in Denver, Colorado in September, 2016, I’ve had a lot of adventures across forty-plus countries and six continents.

Below I’ve compiled a running list, in no particular order, of some of my more fond memories and top experiences traveling the world.

Let me know what you think in the comments:

1. Getting trapped by protesters in the Bolivian salt flats 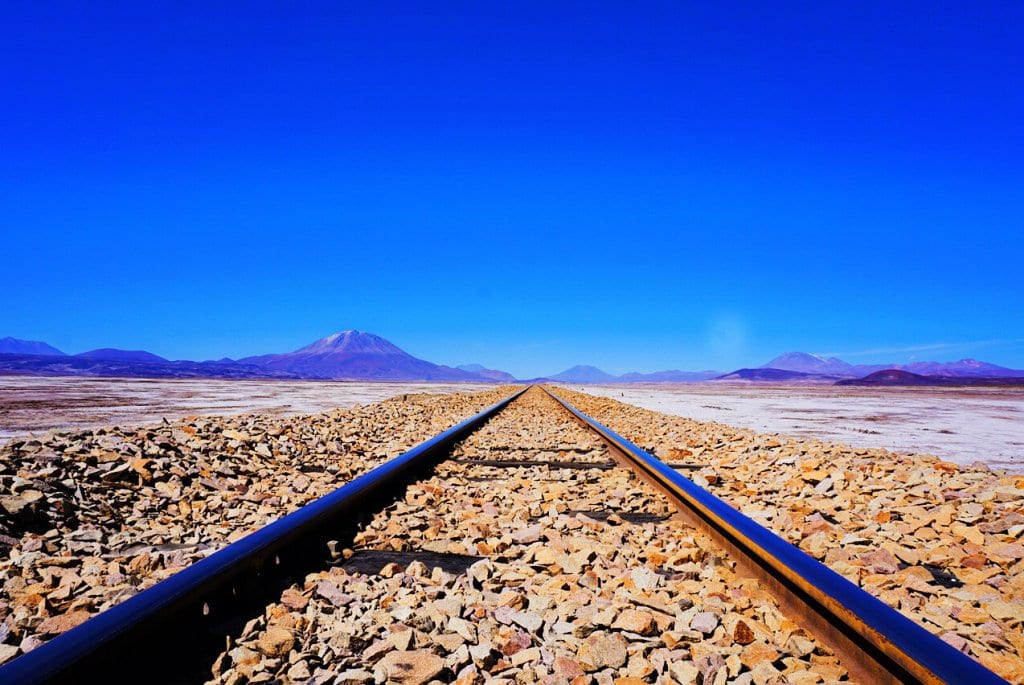 Taking a 4WD through the awe-inspiring Bolivian salt flats tour is a quintessential part of backpacking South America’s “Gringo Trail.” But it almost never happened for me. I was nearly stuck indefinitely in Uyuni, the small mining town which serves as the base for these expeditions. I arrived the same time as a serious protest was started by locals angry with the government over some land dispute. The protesters shut down all entry and exit points to the town. They set up spikes to prevent vehicles from leaving.

A few tour companies would try to run the blockade by driving off-road, but it was risky: some Australian friends of mine were in a vehicle that was confiscated when they were caught trying to do this. I managed to get out of Uyuni after several days thanks to the help of some intrepid drivers who ran the blockade under cover of darkness while protesters literally chased after us with rocks!

2. Staring down a cheetah on the open plain in Kenya

Safaris can be expensive, especially in Kenya’s Maasai Mara, which is largely the province of the luxury traveler set. I almost regretted taking a budget operator when, two minutes after snapping this photo of a cheetah, our safari van got stuck in a ditch. Our driver insisted that we had to get out to lighten the vehicle — despite the fact that this cheetah was now sitting and staring at us 150 meters away! My tour group reluctantly climbed out, with several folks keeping watch on the cheetah while the rest of us got in the back and started pushing. Thankfully, the cheetah had other lunch plans that day!

3. Crashing a wedding in Morocco

Ok, so I didn’t exactly crash the wedding — I was invited (sorta). I was in the general neighborhood of the world and a friend of mine said “hey, come to my brother’s wedding in Rabat.” So I said, why not? What he didn’t tell me was that Moroccan weddings last 15 hours and involve no booze and a dinner service time well past midnight (to keep people from going home early, of course). Oh, and that it would be impossible to sit down for more than 20 seconds without getting forced back onto the dance floor by a group of elderly women who insisted we dance the night away with them.

4. Getting soaked at Thailand’s Songkram Festival

While traveling solo in Thailand, I made the mistake of taking a ferry to Koh Tao on the day of Thailand’s new year’s festival, Songkram. Minutes after getting off the ferry, both me and my bags were drenched completely by revelers participating in the world’s largest water fight.

I used what little plastic I had to save my camera and phone, but everything else was completely soaked through! After running a gauntlet of water guns and arriving at my hostel, I made some new friends, bought a super soaker of my own, and went out to exact my revenge on the streets of Koh Tao.

5. Getting burglarized in Belize (and getting back at the thief!)

While staying at a rental apartment on a small backpacker island in Belize, a thief broke in and stole my friend’s phone in the middle of the night. My friend was more than a little agitated by the loss and by the local police station’s indifference to our plight. So my friend made it his mission, with the help of a couple of friendly local women and some CCTV footage, to track down the thief. I thought it was a lost cause but he insisted that it was a small island and that the thief had to be somewhere. Incredibly, he was right and ultimately recovered the phone!

6. Driving a campervan through Tasmania

I met a Dutch pilot in Sydney who convinced me to join him in a campervan for a road trip of Tasmania. I’m glad he did, because Australia’s smaller island has some of the most beautiful and diverse landscapes you’ll find anywhere in the world — from rainforests to quaint fishing villages to gorgeous, deserted beaches.

7. Sharing a hostel dorm in Spain with three naked seniors

I love staying in hostels for the social atmosphere, but sometimes it means getting a little too personal with your fellow guests: like the time I stayed in a four-person dorm in Madrid only to find that my three roommates were elderly women from Mexico City who preferred to be naked in their living quarters!

I went to Kyrgyzstan with dreams of trekking through the mountains by horse and spending my nights in yurt camps. Unfortunately, I went a little too early in the season and the mountain passes necessary to reach the yurt camps were still closed by snow. But it turns out that one of the best day hikes in the world is easily accessible from Bishkek, so I still got to see some of the country’s beautiful landscapes.

At the prompting of my uncle, an accomplished wildlife photographer, my final purchase before leaving for the trip was a Sony a6000 mirror-less camera. With a higher quality camera finally in hand, I promised myself I’d try to learn at least the basics of photography. Early on the in the trip I spent a beautiful week in Madrid, where I was able to start honing those skills. See my write-up of a self-guided Madrid photography tour.

10. Getting urinated on at a monastery in Myanmar

Ok, hear me out before you jump to conclusions based on that subtitle. Myanmar (Burma) has only recently begun to open up to the world, so tourists are still something of a novelty there. This meant that many times a day I was asked by locals to pose for photos for them. I happily obliged each time. But while at a monastery in Mandalay, an entire family decided to crowd around me for a shot. They held their infant child up against me, but I guess the excitement of the situation was too much for the kid’s bladder.

And this baby wasn’t wearing a diaper. Like, nothing at all. So, right at the moment that everyone was preparing to say “cheese” in Burmese, the baby let out a flood all over my legs. I felt like I was at Songkram all over again! Perhaps the most remarkable part, however, was that the family was entirely unfazed by this development — they just wanted to make sure they still got the shot!

Want to stay up to date and also receive money-saving travel tips? Sign up for my email newsletter below and I’ll send the best travel content right to your inbox (no spam, ever).