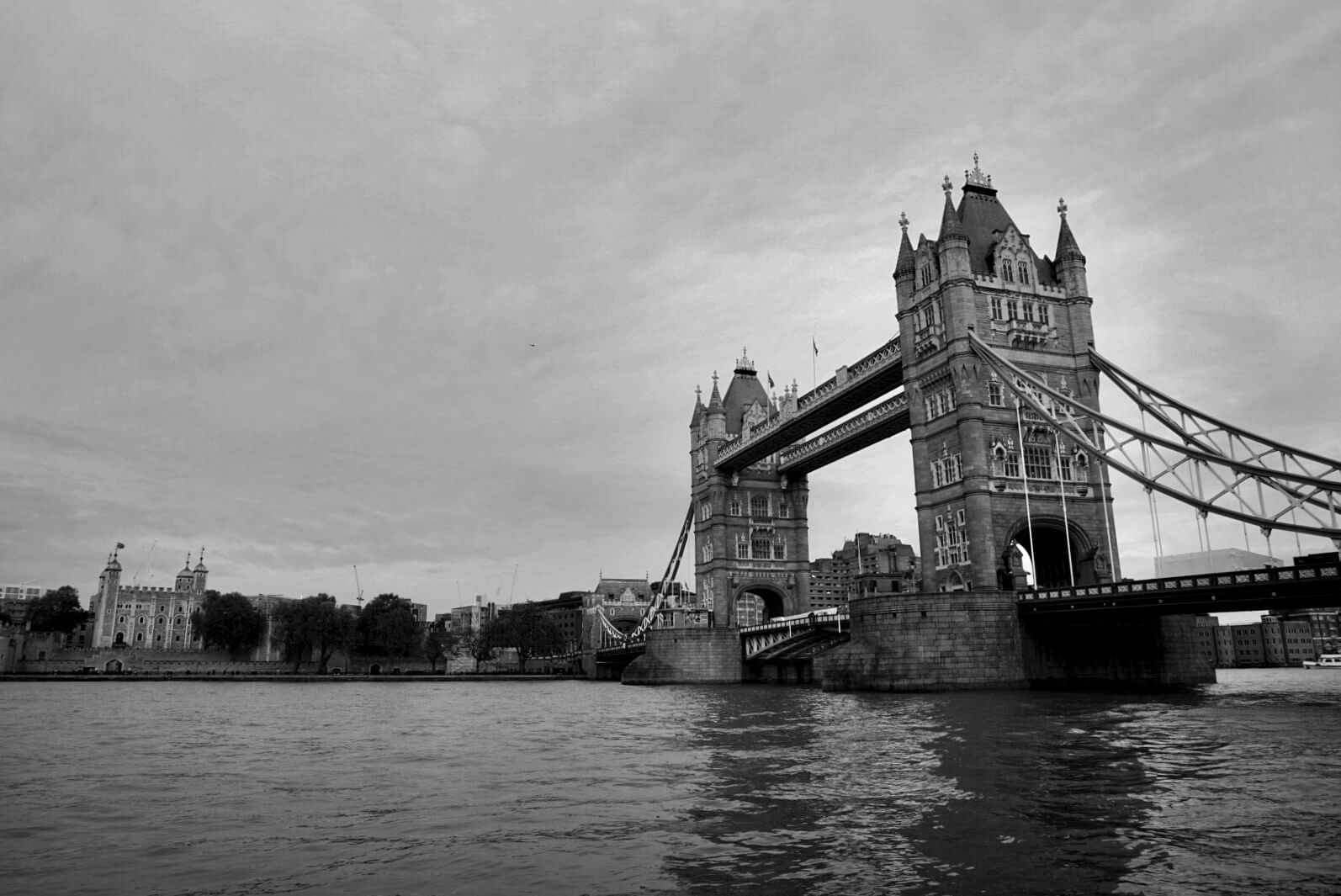 Let’s face it, native English speakers are born into a special form of travel privilege. English is not the most widely spoken language in the world, but in most popular travel destinations it is the universal language. From ordering a coffee at a cafe, to arranging to pick up the keys from an AirBnB host, to being able to make friends on the road, globetrotting is simply easier if you speak English.

I’ve been on the road for almost eight months, visiting thirty-one countries across six continents. I speak English and some mediocre Spanish — and that has almost always been more than enough for me to travel comfortably and safely pretty much anywhere. It wasn’t until I got to Kyrgyzstan that I finally encountered places where communication became a serious barrier. Suddenly things that were previously routine daily tasks — ordering food that fits my vegetarian diet, withdrawing cash from an ATM, finding the nearest washroom, or getting a cab to take me home — became utterly exhausting chores. These chores, however, are the daily reality for non-English speaking travelers.

While there are a lot of benefits to travel (as Mark Twain said, “travel is fatal to prejudice”), the fact is that those of us who can travel for leisure are enormously privileged – just as Twain was.

I’ve usually thought about that privilege in other terms. First, there is economic privilege: taking a break from work and traveling the world for a year costs more than some make in a lifetime. Second, there is the privilege of race and gender: as a tall white man, I hardly ever worry about my safety or discrimination. Third, there is passport privilege: my blue booklet means I can go to literally any country in the world (well, except Iran now).

The traveler circuit is currently obsessed with Instagram likes and a “just quit your job and travel the world” mentality, so it is a positive sign that some travel writers are beginning to thoughtfully discuss these and other forms of travel privilege.

But there is also a less discussed form of travel privilege: what some call the linguistic imperialism of English. Sure, you don’t HAVE to speak English to travel abroad (I’ve met a great many travelers who don’t). But it sure helps a lot. And it’s worth reflecting for a moment on where that privilege came from, what it means, and how we as travelers can acknowledge and address this language imperialism.

For almost three hundred years, the British built a vast trade empire across huge portions of the world. The Brits brought English along with them, of course. But they also contributed to a nasty cocktail of some of the worst poisons of human history: slavery, disease, and the extermination of native peoples. This dark history might seem like a distant relic of the past, but we are not nearly as far removed from it as you might think. Today there are still people alive who were born at a time when the British Empire spanned almost a quarter of the world’s population.

And though the British Empire quickly declined off that peak, the USA’s rise after the world wars continued the run of an English-speaking country as the dominant global power. The USA, of course, has created more than a little controversy of its own around the world, the scars of which can be seen from Vietnam to Nicaragua to Iraq.

But English’s continued dominance doesn’t just emanate from the Pentagon and Wall Street — arguably Hollywood is now the epicenter of the English language’s popularity. Across the world I’ve met many young people whose parents speak no English — and who’ve never had a minute of formal English language instruction — yet can quote from The Fast and the Furious and can belt out every lyric to Justin Beiber’s “Sorry.”

The Travel Privilege of English

Today, the vestiges of English imperialism are visible everywhere on the international travel scene. Check into a five star hotel in Indonesia and you’re certain to be greeted by a receptionist who will have no problem understanding your special request for a pool-side room with an extra roll-away bed. Or go to the common area of a backpacker hostel in Vietnam and try to strike up a conversation with your fellow guests — if you speak Arabic or Japanese (or, heck, even Vietnamese), I can guarantee you that you’ll be greeted by some blank stares. But speak English and you’re virtually certain to be understood and on your way to making some new friends. Or move to a new country for work and you’ll be called and treated as an “expat” — while any non-white, non-English speaking foreigner gets referred to as an “immigrant.”

You also won’t have to travel for long to come across locals who are thrilled to talk with you, simply because they relish the opportunity to polish their English. And that leads us to what I think is the key to understanding the continued prevalence of English in the travel industry: English doesn’t just dominate because of its native speakers — English maintains dominance because non-natives speakers seek to learn it. In fact, the number of non-native English speakers roughly doubles that number of native speakers. In other words, if you are a native English speaker, you were born into a skill that others will spends countless hours and resources to acquire. Consider that if you are still doubting whether English is a form of travel privilege.

Travel privilege for English speakers represents the most obvious effect of the dominance of the English language on the travel circuit. But I also wonder if the acquisition costs associated with learning English don’t create yet another layer of linguistic privilege within foreign countries themselves. English language courses aren’t cheap, which is why just about every hostel notice board in the world has at least one advertisement for a local instruction school seeking to hire English tutors. Upper and middle class families are increasingly willing to shell out to make sure that their children have a leg up in getting jobs down the line, not just in the travel industry but in the business world writ large. And, while some countries are beginning to include English instruction in public school, in many places English instruction is still an economic luxury out of reach for lower classes families.

In short, the dominance of English on the travel scene may not just perpetuate colonial economic divides at a global level, it might also contribute to domestic socioeconomic gaps. Indeed, some have also suggested that English may threaten local cultures and identities, to the extent that it supplants local languages that are intertwined with those identities.

What Can an English-Speaking Traveler Do About Lanugage Privilege?

With the rise of the Chinese middle class, there are some tourist destinations in the world where you will find cab drivers and servers who speak Mandarin better than English (I found this trend pronounced among cab drivers in Luxor). Still, English probably isn’t going away anytime soon as the universal language of travel and business. With that in mind, what can the conscientious traveler do to acknowledge and address this travel privilege?

I suppose the most obvious answer would be to learn the local language. This has great benefits for the traveler too: I’ve found that, as much as my Spanish is a work-in-progress, it affords me a richer experience in Latin America. With that said, learning an entirely new language isn’t always practical and shouldn’t be a requirement to travel. But I’ve found that learning even just a few words of the local language can work wonders. The locals almost always genuinely appreciate the fact that you are making an effort — even if you still have to revert to English to ultimately accomplish the task at hand.

Secondly, I see many far too many travelers who automatically expect others — driver, servers, even random locals — to speak their language perfectly. Having patience with those who are trying to assist you in YOUR language in THEIR country is probably the first step.

Lastly, when talking to those with limited English, it’s easy to forget how much pacing matters for comprehension. When I was in South America, I thought I was polishing up my Spanish pretty well — until I got to Buenos Aires, that is. The Argentinians speak as fast as those announcers listing the side effects at the end of drug commercials, and my comprehension suddenly dropped precipitously. So slow down and focus on annunciation (without being condescending, of course) and you will be doing a huge favor to those who are learning.

None of these tips will erase the issues identified above or change the travel privilege associated with speaking English. But at the least, they will hopefully make for a more friendly experience for all involved.

I also think it is important to acknowledge in closing that there are of course many benefits to having a universal language in the age of globalization. I think that travel is inherently a positive thing for the world and that the interactions it creates between diverse people help break down the barriers that divide humanity. It’s certainly easier to do that if you can communicate in the same language. Indeed, these are some of the animating ideas behind the constructed language Esperanto. But until Esperanto takes off, or until we all switch to learning Mandarin, we are probably going to continue to live in a travel world where we primarily talk, text, and tweet in English. As English-speaking travelers, we should at least be thoughtful and aware of the enormous privilege that represents.