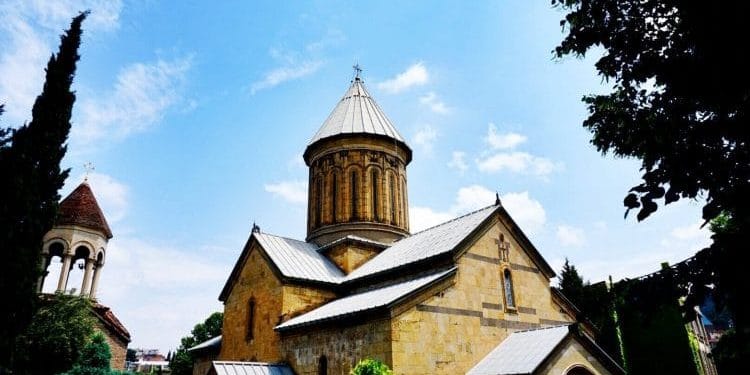 (If you are headed to Georgia, be sure to check out my Georgia Travel Itinerary and my list of the Best Places to Visit in the Country of Georgia)

Sometimes your head is filled with expectations about a place based on stories you’ve heard from other travelers, photos you saw on Instagram, or just some detail about a novel’s setting that stayed with you. Sometimes those destinations live up to the hype.

But, then, sometimes a destination isn’t at all what you hoped it would be. I left for my long backpacking trip without much of a firm itinerary, but I knew one thing: I had to see Prague. I’d heard so many great stories from other travelers. I pictured myself wandering an idyllic old town, drinking great beer and eating delicious food while mingling with friendly locals. But when I finally arrived in Prague I felt like I’d entered the turnstiles into some Disneyland-version of Eastern Europe. The architecture of the old town was interesting, for sure, but it’s hard to enjoy the charm of a place when you are fighting for space with endless hoards of tourists, souvenir vendors, and touts. I’m sure there are offbeat places that are still awesome in Prague but, well, I couldn’t find them. I left Prague with a hard-earned travel lesson: keep your expectations for a destination in check.

Why I Love Tbilisi 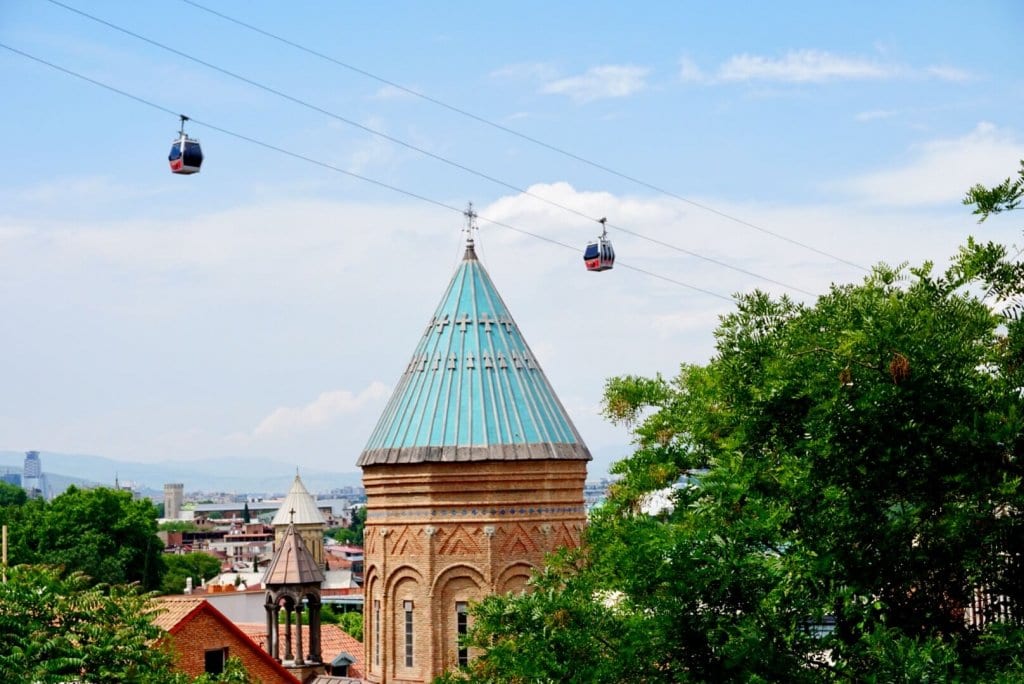 Seven months later I landed in Tbilisi, Georgia. I had spent the last two weeks spent exploring Almaty, Kazakhstan and hadn’t yet put much thought into what I would do in Georgia. To my surprise, it turns out that Tbilisi is basically everything that I thought Prague would be (and wasn’t).

Tbilisi is a charming city that oozes culture, history, and flavor. It’s no wonder that it’s one of the most popular places to visit in Georgia Europe.

Just the history of Tbilisi is captivating. The city’s strategic location along east-west trade routes meant that it has been coveted by numerous empires through the centuries. The city has been ruled by Mongols, Arabs, Russians, Byzantines, and Soviets among others. Even today, Georgia is the subject of a political arm-wrestling match between Russia and the West.

The vestiges of these empires past can be felt in its architecture, cuisine, and culture. Defying my expectations, the central character of Tbilisi is solidly European (indeed, Georgians will bristle if you suggest they are on the Asian continent).

Unlike Prague (where the locals rightfully keep their distance from the old city), the folks in Tbilisi are some of the friendliest on the planet. Spend a few minutes talking to a local and you’re likely to find yourself invited over for a “supra” — a never-ending feast of breads, cheeses, and (most importantly) wine.

Aside from its people, the highlight of Tbilisi is its Old City. Charming, relatively compact, and set on a dramatic hill side, it has yet to succumb to the parasitic influence of mass tourism.

While a few streets have already been suffocated by tour operators and souvenir stalls, the bulk of Old City still breathes with Georgian lungs. Wander up the hillside and you’ll still find old ladies stringing up laundry to dry, children kicking balls around in the streets, and elderly men playing a domino-like game on the tops of trashcans.

Or duck into a basement and you might find yourself in an old bakery still serving up excellent breads and khachapuri — one of Georgia’s many delicious foodstuffs (eating it is one of my favorite things to do in Georgia Europe) — at the bargain basement price of $0.60.

If you fancy a skinny dip with the locals, you can also pop into the public bathhouse, where you can get an affordable soak in hot sulfur water. Or you can shell out a few more lari and grab yourself a private bath. When you’re all cleaned up, pop around the corner and you’ll find a small waterfall cascading down a charming mini cliff.

From the Old City, the modern Freedom Bridge will transport you across the river and into a modern park sitting in the shadows of a futuristic opera house, as well as the elegant glass-domed presidential palace.

From there, a cable car whisks you back across the river and up the hillside, where several churches and a statue of “Mother Georgia” stand sentry over the Old City.

On a clear day, you can peer over the city and — if you squint just a little — you might think you were in Prague before the tourists descended like locusts.

Further reading for your Georgia trip:

What to Do in Abkhazia