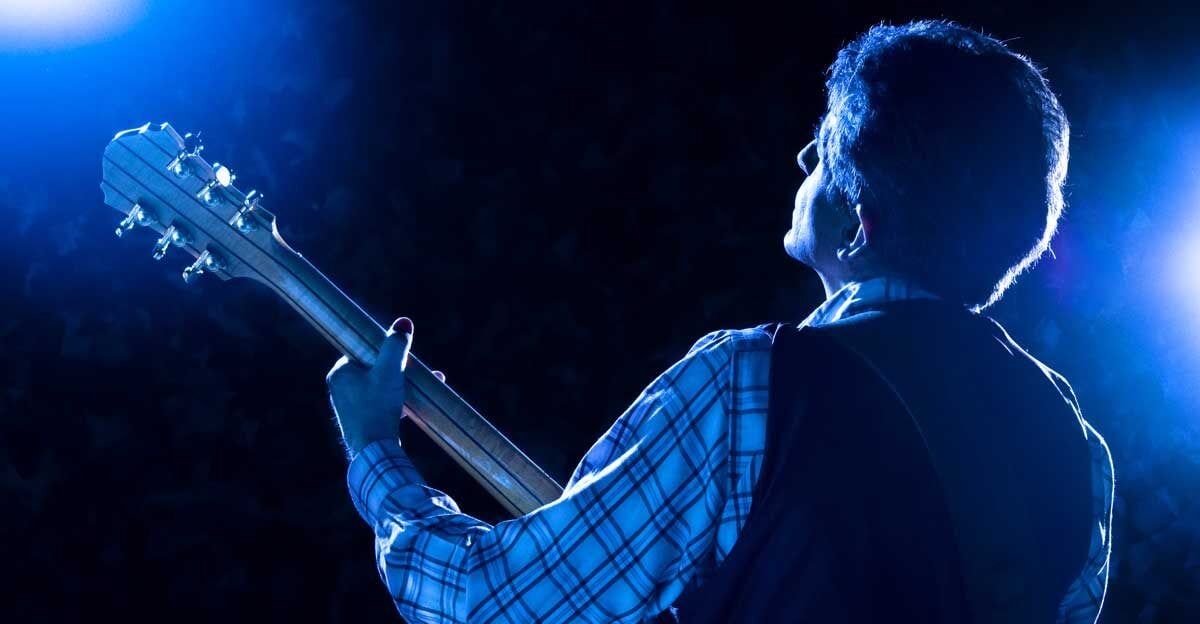 Given Nashville’s reputation as Music City, it’s no surprise that there are plenty of live music venues in Nashville. Of course, you can always hear music at the honky tonks on Broadway. But, the Nashville music scene has so much more to offer – if you know where to look!

While in Nashville, you’ll find artists and bands performing everywhere from a tiny stage at a bar to legendary stages like the Ryman Auditorium. Catching a show is one of my suggestions for the best things to do in Nashville. There’s a concert (or two or three) going on every single night somewhere in Nashville.

To help you sort through all the different Nashville music venues, I’ve put together a guide to the best spots to hear music in Nashville.

An iconic venue known as the “Mother Church of Country Music”

It’s impossible to talk about the music scene in Nashville without mentioning the Ryman. Located in Downtown, this converted tabernacle was originally home to the Grand Ole Opry. Every week it broadcast stars like Elvis Presley, Johnny Cash, and Hank Williams into living rooms across the country.

While the Ryman is important in the history of country music, artists from all genres play on its stage today. The intimate venue, still seating guests on church pews, has some of the best acoustics in the US. Any show that takes place here is a special experience for both the fans and the artist.

👉 Pro Tip: If you aren’t able to get a seat at a show, you can take a self-guided tour of the auditorium and its exhibits. Everyone should see this legendary place at least once.

An open-air venue next to the Cumberland River

Located in Riverfront Park, Ascend Amphitheater is the perfect place to catch larger touring acts as they stop in Music City. The outdoor setting includes assigned seats as well as a lawn area. There’s no bad seat in the arena. At night the city lights up around the arena and makes a great atmosphere for watching your favorite band in concert.

A tiny, unassuming club where Nashville’s next music stars are discovered

Fans of the hit TV show Nashville already know the Bluebird Cafe is famous for being the spot where up-and-coming musicians are discovered. The small venue is located in a strip mall in Green Hills, so it is a bit out of the way from popular tourist areas.

Reservations are recommended in advance because the venue is so small. There are only 10-12 seats kept open for walk-ins each night. However, Mondays are walk-in only. Mondays are open mic at Bluebird Cafe. At those shows, you’ll see anyone from artists hoping to break into the music scene, to established stars showing up unannounced, and everyone in between.

The Grand Ole Opry moved from the Ryman in Downtown Nashville to its own venue in what is now Music Valley in 1974. Today the show, which is the longest-running musical broadcast still, features a mix of the country’s greatest artists along with up-and-coming artists.

If you’re a country music fan, you can get tickets to watch the weekly broadcast of the Grand Ole Opry being recorded. If you’re not into country music, the Opry House still has plenty for you. Artists from all genres, including rock acts and hip hop, play shows at this iconic venue. It’s definitely one of the most famous landmarks in Nashville.

👉 Pro Tip: Can’t make it to a show? You can take a tour of the Opry House. You’ll get to start off with a video introduction by Garth Brooks and Trisha Yearwood. Then, you’ll head backstage to see how all the magic happens.

Sunday nights are especially popular when amateur and professional bluegrass players show up for the Bluegrass Jam. During the rest of the week, the venue has shows featuring mainly bluegrass, country, and Americana artists.  Be aware that there are no reservations.

Located in East Nashville, one of Music City’s “cool” neighborhoods, Basement East hosts artists from all genres. You’ll find a show going on at this intimate venue every night of the week. Check the schedule because you never know when a pop-up show is going to be announced. Famous artists like to show up last minute from time to time.

This large arena is the place to see many of the big-name artists that Nashville attracts for shows. It’s the place to catch musicians like Michel Buble and Kacey Musgraves who can easily sell out entire arenas.

Thanks to its location, Bridgestone Arena is the perfect venue for grabbing dinner or exploring downtown Nashville attractions before a show.

Get an upclose view of your favorite artists at the Basement

This small club allows you to get just feet away from your favorite band. It’s one of Nashville’s classic spots to catch live music. You’ll find mostly alternative, rock, and indie artists playing in this space. The club is tiny, but you can always head out to the patio for a bit if you need a little breathing room.

If you’re looking to hear local music, head to The 5 Spot. On most nights, you’ll find music lovers packed together to hear great music in this tiny bar in East Nashville. This is the place to come to see the artists and bands who keep Nashville’s music scene moving forward.

👉 Pro Tip: The 5 Spot is located near some great restaurants in East Nashville. Read more about the best places to eat out in Nashville.

Most musicians can’t sell out an entire stadium, but a handful of artists have a fan base big enough to fill thousands and thousands of seats. Nissan Stadium is best-known as being home to Nashville’s NFL team. A few times each year, big-name artists come here as part of their stadium tours.

Nissan Stadium is equipped to handle a crowd, and it’s surrounded by beautiful views of Nashville’s skyline. While the stadium isn’t what you normally think of when talking about live music, it’s a great place to see some of music’s biggest acts in concert.

📚 Related Reading: Coming to Nashville to see your favorite artist? Check out the best things to do in Nashville.

The Listening Room Cafe is one of the venues keeping Nashville’s music scene strong. You’ll hear everyone from new artists to hit singer-songwriters. There’s usually a small cover charge per person, and you’re expected to order food and drinks during the show. The cafe also has a separate room with a restaurant and bar. There’s no live music, but the food is excellent any time of day.

No matter what genre you enjoy, you’ll find what you love while in Nashville. After all, you can’t come to Music City without listening to at least a couple of bands. Hopefully, this guide will help you get started as you plan your trip to Nashville.

Be sure to check out our other guides to Nashville as well. As you plan, take a look at our guide to where to stay in Nashville. Wondering when to come, see the best time to visit Nashville.