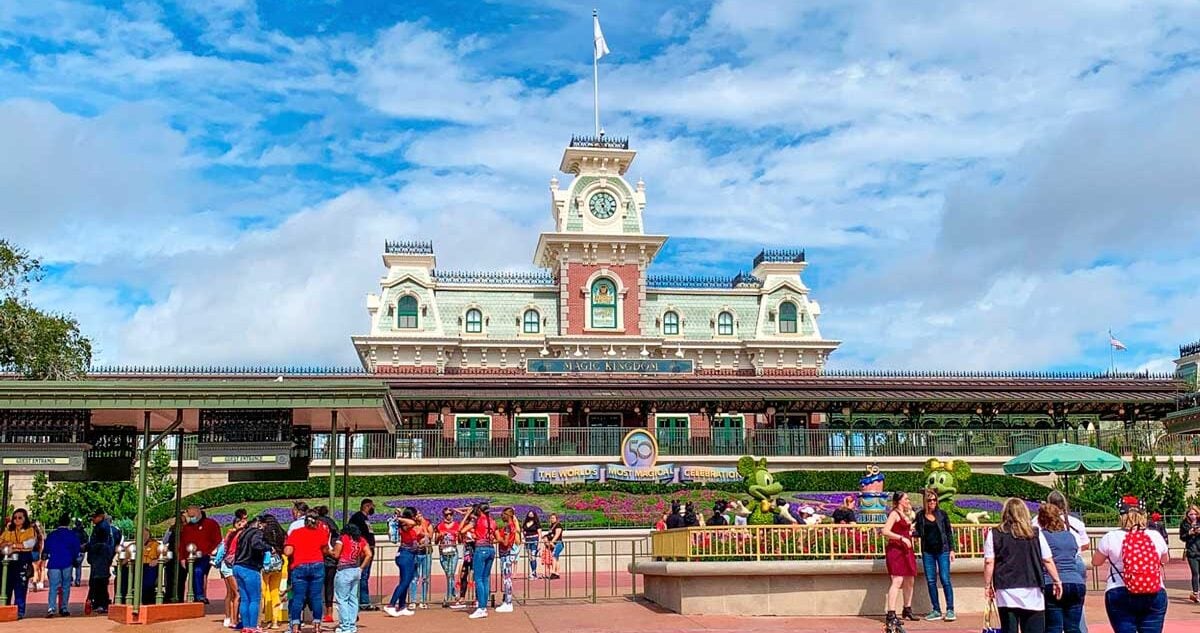 Orlando, Florida is one of the most visited cities in America. It is known for family-friendly attractions, international cuisine, and of course, Walt Disney World.

I am an Orlando local and I can say that, overall, Orlando is a fairly safe city to visit. Thanks to security measures at the theme parks and resorts, the tourist areas are some of the safer parts of the city.

In this article, we’ll cover some important safety basics to know when planning your trip to Orlando.

In most regards, Orlando is a safe destination to travel to. There are a few Orlando neighborhoods with higher crime rates that should be avoided by tourists. Travelers to Orlando should also be aware of park ticket scams and petty crimes.

Like many larger cities, Orlando is divided into multiple neighborhoods and suburban towns. The bad areas with the highest violent crime rates are located west of downtown Orlando, including Pine Hills, Malibu Groves, Carver Shores, Signal Hill, Lake Sunset, Roosevelt Park, and Washington Shores. However, there are many safe areas to stay in Orlando to choose from too. Tourists often find that the weather is the most dangerous aspect of visiting Orlando.

Things to Know About Safety in Orlando

Safe Neighborhoods and Areas in Orlando

When visiting Orlando, the safest places to stay are at Universal Studios or Walt Disney World hotels. Additionally, popular tourist areas near the theme parks, including International Drive and Celebration, are considered generally safe. Many suburban towns in Greater Orlando, like Winter Park, Winter Garden, and Lake Nona, are also regarded as safe.

The most dangerous place in Orlando is the Pine Hills area. Luckily, there are no attractions in this area so it is not frequented by visitors.

For recommendations on where to stay in Orlando, I put together a list of the best neighborhoods and hotels.

Throughout the pandemic, Orlando attractions have kept their protocols in line with CDC recommendations or stricter. As of March 2022, 76% of Orange County residents have received at least one dose of the Covid-19 vaccine. Keep in mind that Orlando draws visitors from around the country and the world.

Florida as a whole has dealt with cyclical waves of positive cases. In between spikes, Orlando has even fallen below the national average for Covid-19 infections.

Currently (April 2022), there are no Covid-19 related restrictions for visiting Orlando. The major Orlando attractions have lifted all mask requirements, though unvaccinated guests are still recommended to wear masks at indoor locations.

Petty theft is the most common property crime that affects tourists. Pick-pocketing is not a major problem, but it is possible. Usually, theft can occur because tourists leave money or valuables in an unsecured location at their hotel, a restaurant, or a theme park.

The most common small crime for tourists in Orlando is theft. Eagle-eyed thefts take advantage of the crowds and chaos of theme parks and attractions. Visitors should make sure that their money and valuables are always in a secure location on their person. Avoid leaving valuables out in your hotel room, in strollers, or in your car.

Families and theme park visitors also need to watch out for ticket scammers. These scams work in two ways: selling counterfeit tickets or selling the remaining days on multi-day passes. It may seem tempting to purchase the unused days on a multi-day ticket from someone, but this is not allowed. The major theme parks use fingerprint or photo tracking to prevent transferring tickets.

There are also a couple of scams that happen at Orlando gas stations. Stations located near Orlando International Airport and rental car agencies will often list a lower incorrect price on their signs. The pump price is much higher, but many tourists don’t think to check the price after they see it on the road signs.

There have also been many reports of credit card skimmers on gas pumps. Look for pumps that have an undamaged security seal near the card reader. You can also pay with the clerk inside to ensure your card information will not be stolen.

Thunderstorms are extremely common in Central Florida, especially during the summer. This area is considered the lightning strike capital of America. You’ll hear locals warn that if you can hear thunder, you can get struck by lightning. Move inside when storms are approaching and wait until the storm has passed. Pools and water parks typically wait until 30 or more minutes after the last thunder to re-open after a storm.

In summer, many visitors (especially from cooler climates) fall victim to the high heat and humidity. Dehydration and increased alcohol consumption are major contributors to heat exhaustion and heatstroke at the theme parks. Even local residents can make unsafe choices when it comes to the intense summer heat.

👉 Pro Tip: The best time to visit Orlando for great weather is March-May. It is not too hot and the afternoon thunderstorms haven’t begun yet.

The natural disaster usually associated with Florida is the hurricane. Hurricanes can technically form at any time, but hurricane season runs from June to November.

Most storms that hit Orlando bring strong winds and a lot of rain, but do not cause extensive damage. Hurricanes can close down attractions and cause major damage, so monitor the weather if you are traveling during hurricane season.

If you are booking travel to Orlando during hurricane season, consider adding travel insurance. Aardy is an online marketplace that allows you to find the right plan to protect your vacation from cancellation or interruption.

Unfortunately, Orlando was the site of the mass shooting at Pulse nightclub in 2016. A memorial and museum honoring the victims are set to open in 2022.

As a whole, Orlando is extremely welcoming to LGBTQ+ visitors. There are many safe bars and nightclubs throughout the city. Every year, Gay Days (an unofficial Disney event) is held in Orlando. The city welcomed gay marriage in 2015 and is the perfect spot for destination weddings.

Drinking water in Orlando is safe to consume. However, most parts of the city have hard water and some visitors don’t like the taste.

At Disney World, the water fountains have earned the nickname “swamp water” since most people hate the flavor. When visiting the attractions, bottled water is available for purchase or you can ask for a free cup of water at dining locations. And, if you’re headed to Disney World, be sure to bookmark my detailed Disney World itinerary planner!

Many people underestimate the intensity of the heat and humidity. Wear appropriate clothing and sun protection. Stay hydrated, limit alcohol consumption, and eat plenty of food. Drinking around the world at Epcot is fun until you realize you haven’t eaten or drank water in a few hours.

Tip #2 – Be Aware of Your Surroundings

Orlando is not a dangerous city, but it is always recommended to be conscious of your surroundings when traveling. Even though the tourist areas are generally safe, there can be more dangerous areas just a few blocks away. Don’t walk around with loud music in your headphones and stay off your phone.

When deciding where to stay in Orlando, many families choose to stay at a Disney or Universal Studios hotel and only visit tourist attractions on their properties. Since these companies have extensive security measures in place, they are considered the safest places to stay in Orlando. In general, the theme parks have some of the lowest crime rates in the city.

👉 On a Budget? There are plenty of budget-friendly hotels in safe areas around Orlando. Check out my budget guide to Orlando for more planning tips.

Orlando vacations are generally casual trips. Even if you are planning on having fancy meals during your visit to Florida, there is no need to bring along your best jewelry and accessories. The best way to prevent losing any valuable items is to leave them at home. If you need to bring along expensive items, use the hotel room safe to keep them secure.

When you know where you’re going and what to look for, you are less likely to end up in one of the more dangerous areas. Take a look at your GPS directions before you start driving. You can also read reviews and recommendations for different attractions and destinations.

Planning ahead also includes preparing for all scenarios. Travel insurance can give you peace of mind when booking any vacation.

Does Orlando have a high crime rate?

As a whole, Orlando has a crime rate higher than the national average. The crime rate includes the more dangerous neighborhoods that are not located near the major attractions. The tourist destinations in Orlando, Florida have generally low crime rates.

What areas are bad in Orlando?

The most unsafe neighborhood in Orlando is Pine Hills. The surrounding area, including Johnson Village and North Orange Blossom Trail, should also be avoided by visitors. Residents of these areas can fall victim to both violent crimes and property crimes.

Is it safe to walk around Orlando at night?

Tourist destinations, like Disney Springs, Universal CityWalk, and the main strip of International Drive, are safe to wander around at night. Additionally, there are several pockets of nightlife venues closer to downtown Orlando that is safe to stroll the streets at night.

Orlando’s total crime rates are not necessarily indicative of tourist safety at the major attractions. These areas are considered safe and crimes against visitors are rare. Always take precautions, like remaining vigilant and leaving valuables at home, when traveling to any destination.

Before you go, be sure to check out my epic list of things to do in Orlando (including a few local hidden gems!).

Katie Lusnia grew up in the Florida sunshine. Now she is on a mission to explore the state with her husband and infant son. She loves finding farm-to-table food and exploring an area through local cuisine and the great outdoors.