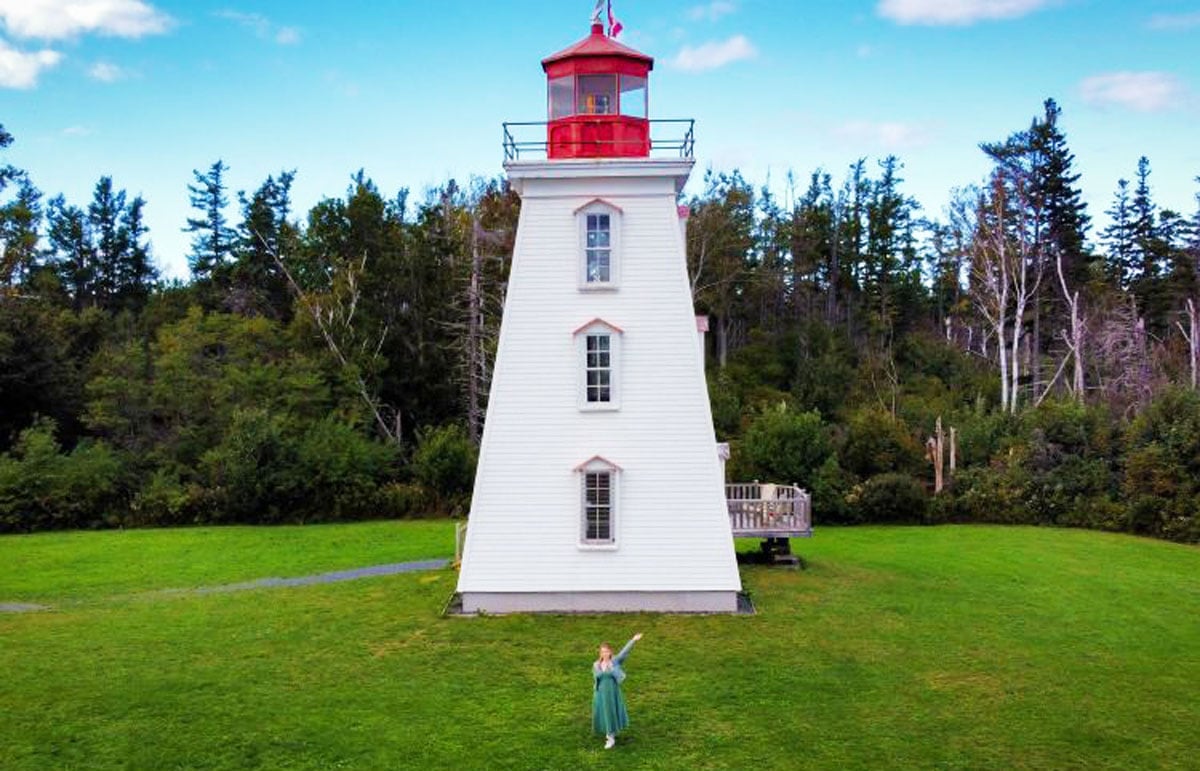 Though there’s nothing stopping you from visiting PEI in the winter, seasonal restaurants, tour providers, and even some hotels in Charlottetown shut their doors as soon as the temperature starts dropping — usually by October 1st.

Chances are you want to see the very best activities Prince Edward Island has to offer, so the biggest decision you’ll have to make is choosing which summer month makes the most sense for you.

And I’m here to help!

A resident Canadian, I’ve compiled all the information you need to make an educated decision about when you plan your holiday to PEI.

When is the Best Time to Visit Prince Edward Island?

Overall, Prince Edward Island experiences its best and warmest weather from June through September. This is when PEI hosts the bulk of its events and festivals, fishing is at its peak (gotta have that fresh seafood), and beach culture is in full swing.

Of course, there are some nuances that you should be aware of:

When to Visit PEI for Good Weather

Undoubtedly, the best weather in Prince Edward Island happens between June and September. During this time, the island experiences warm sunny days, cloudless skies, and you’ll have to lather up with sunscreen unless you want to rock a sunburn.

According to WeatherSpark.Com, the warmest season in PEI starts on June 7th and goes until September 19. During this time, the average daily high temperature is 24°C/75°F, and the low is 17°C/62°F.

Specifically, summer is perfect for hitting the red sand beaches, heading out on the water, or experiencing any more of these 17 best things to do in Prince Edward Island.

When to Visit PEI for Cheap Prices

Even though summer is the best time to visit for warm temperatures, it certainly isn’t the cheapest time of year. If you want to cut down on costs, then you should plan your visit in either the early shoulder seasons or during the winter holidays.

Prince Edward Island experiences a dramatic decline in tourism in late September and early October, driving down prices across the board. Similarly, in late May and early June, you’ll still get favorable temperatures without having to shell out high-season rates.

Of course, if you don’t mind braving a little winter snow and wind, mid-December is a fairly inexpensive time to visit and Charlottetown gets extra pretty with holiday festivities.

Just keep in mind that cheaper rates mean more compromise with which activities, hotels, and restaurants are open. Be sure to check out my guide to the best hotels in Charlottetown if you need a place to stay!

👉 Pro Tip: Though there are a few bus routes, seeing Prince Edward Island’s most popular destinations require a car. Discover Cars is always my first go-to when comparing rental rates. Also, check out our guide to driving in Canada for more information!

When to Visit PEI for Families and Kids

Prince Edward Island is an awesome destination if you have kids. There are endless PEI beaches and natural wonders, the sites rarely get crowded, and there are plenty of children-focused festivals and activities on offer (Anne of Green Gables, anyone?).

Specifically, if you want to keep your kids busy and active, then summer is your best bet. Think child-focused theater, petting zoos, national parks, ice cream, and boat rides.

When to Visit PEI to Avoid Crowds

Though Prince Edward Island rarely gets crowded, the busiest months of the year are July and August. If avoiding other tourists is top of mind for you, then I’d recommend visiting in either June or September.

In these months, activities will mostly still be open but tourism levels stay moderate. You’ll get first dibs at kayaking and deep-sea fishing tours, you won’t have to wrestle anyone out of the way at the Anne of Green Gables Heritage Place, and you won’t have crowds in your lighthouse photos.

Personally, I visited PEI in late September / early October and though some activities and hotels were closed, I found plenty of great things to do and had zero crowds to compete with.

The most popular travel season in PEI, summer is known for long sunny days, beach activities, and an abundance of festivals. The National Parks are open and managed, lifeguards watch over the busy PEI beaches, and restaurants are open to serve you the freshest seafood catch.

Of course, prices are highest in the summer, but booking in advance and staying in budget accommodations will help drive down your overall cost.

🛎️ Need a Hotel? The Arts Hotel in downtown Charlottetown is perfect if you’re on a budget and only require basic amenities. For more information, check out our guide on Where to Stay in Prince Edward Island (Best Places & Areas).

Even though there are distinctly fewer activities on offer than in summer, fall is arguably the most beautiful time of year in PEI. With chillier days, the island becomes covered in colorful fall foliage, communities celebrate harvest festivals, and the spooky-inclined go all out for Halloween.

Though PEI rarely gets unbearably cold in PEI (it rarely drops below -15°C / 5°F), Winter does tend to be the chilliest time of year with ample snowfall and shorter daylight hours.

However, if you’re one to celebrate Christmas then you’re in for a treat because PEI goes all-out with lights, festivals, theater productions, musical performances, markets, ballet, and more.

With the snow melting and the sun beginning to shine once again, Spring (although muddy) can be a fun time of year to visit PEI.

The lobster season officially begins in May, brightly-colored flowers bloom all over the island, and the island kicks off festival season — specifically theater productions and wine festivals!

📚 Related Reading: 16 Best Things to Do in Charlottetown

Overall, Prince Edward Island experiences a temperate climate with warm (but not hot) summers and cold (but not unbearable) winters.

The warmest months in PEI are June, July, August, and September, with an average temperature above 19°C / 66°F and mostly clear skies. In contrast, winter is known to bring snowy, windy days with quite a lot of cloud cover. However, unlike much of inland Canada, Prince Edward Island rarely experiences temperatures below -15°C / 5°F in winter.

In regards to precipitation, the island experiences a wet season from April through December and a dry season from January through March.

👉 Read Next: 3 Days in Charlottetown Itinerary

Which is better Prince Edward Island or Nova Scotia?

Is it expensive to visit Prince Edward Island?

Comparable to other popular Canadian destinations, Prince Edward Island is not an expensive place to visit. Overall, transportation to the island and accommodation will be your biggest expenses. Of course, traveling in the shoulder seasons or with a friend will drastically reduce your costs.

How long does it take to drive around Prince Edward Island?

Without stopping, traveling from tip to tip of Prince Edward Island will take you roughly 3 hours of driving time. However, if you take the coastal route, you could stretch this out to much longer.

Is September a good time to visit Prince Edward Island?

September is an excellent month to visit Prince Edward Island. The days are warm, the summer crowds have left, and prices drop substantially. However, do be advised that some tourist attractions close over labor day weekend.

That’s it for my guide on when to visit PEI! Tourism season is relatively short on the island, and as such the best time of year to visit is fairly clearly defined. For more information on visiting PEI, check out my other PEI guides, Where to Stay in Prince Edward Island (Best Places & Areas), 19 Best Places to Visit in Prince Edward Island, and 16 Best Things to Do in Charlottetown.

Have fun in PEI!