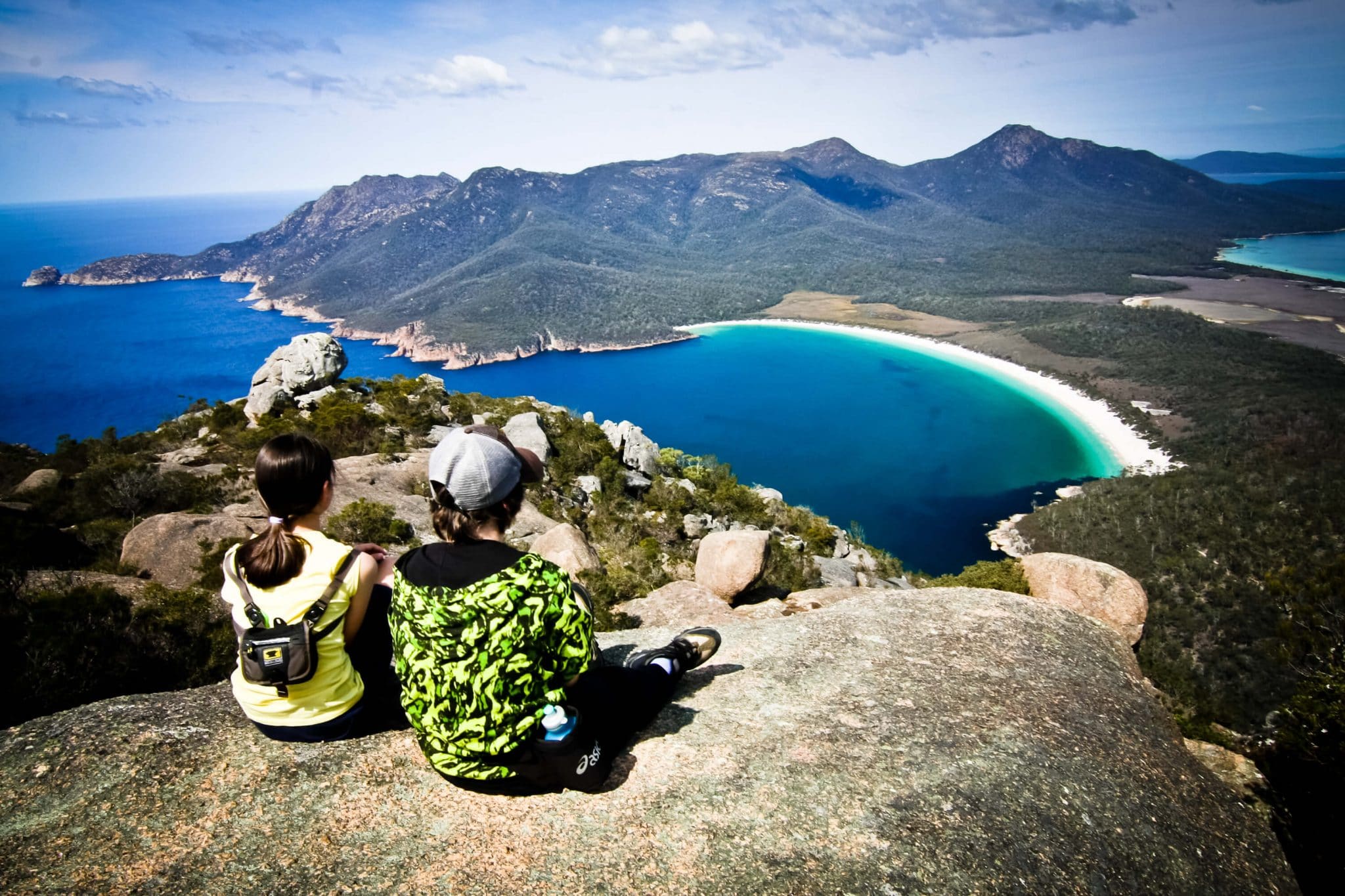 Announcing the 6 trendiest spots in Oceania travel for 2019.

Selected by the top travel influencers.

We asked some of the world’s top travel influencers, bloggers, and vloggers to judge 2019’s hottest emerging travel destinations from dozens of nominations from tourism boards around the world.

Check out all 6 winning destinations in Australia and the Pacific!

This is the third article in our annual series of winning destinations by continent (and, yes, we realize categorizing Australia/Oceania/the Pacific as a “continent” is tricky!).

Ready to see the winners?

This often-forgotten island at the end of the world was our judges’ nearly-unanimous choice as the top destination in Australia for 2019. In some ways Tasmania is a microcosm of the best Australia has to offer: unbelievably perfect beaches, quirky and abundant wildlife, and endless opportunities for adventures (the island is especially growing popular with the mountain biking crowd). Yet in other ways, Tasmania feels like an alien world. Take a road trip through the island and you can easily see lush rain-forests, barren mountaintops, dusty beach towns, and modern city skylines — all in the same day! Let’s just put it this way: if Tasmania isn’t on your bucket list, why do you even have one in the first place?

“Tasmania is a rugged, wild and beautiful place, and there’s no shortage of epic adventures to be had.”
Jarryd & Alesha
// NOMADasaurus
“We loved traveling through Tasmania with the combination of great hiking, beaches, fabulous wines and wineries, fresh foods and seafood and super friendly people everywhere we went.”
Audrey & Dan
// Uncornered Market

The most beautiful island on Earth?

If you get the chance to visit this otherworldly island far off Australia’s east coast, count yourself lucky. Quite literally you’ll have to be. Lord Howe Island limits visitors to just 400 at a time to help preserve the island’s pristine state. Considering that’s more than the island’s number of residents, it’s probably for the best. But if you’re able to manage the trip out (the journey there on a propeller plane is a scenic adventure in itself), you’ll be rewarded with by majestic mountains and expansive green pastures bordered by white sand beaches and a subtropical marine paradise. There are few cars here, so walking and biking are the best way to explore this 11 km-long island.

“Lord Howe Island might be the most beautiful island on Earth. Few people get to visit, but it is well worth the trip.”
Gary Arndt
// Everything Everywhere

Cool with a capital “C”

Eight years after Lonely Planet called it the “coolest little capital” in the world, Wellington is poised to have yet another moment in 2019. The city offers the walk-ability and friendly attitude of a village but the amenities and cultural opportunities of a world-class city. There’s no single explanation what for makes Wellington so hip. To understand, you’ll need to stroll its street-art covered lane-ways, chill in its quirky coffee shops, imbibe at its craft breweries, and just generally soak in the city. Be careful, though, because visitors have been known to find themselves staying here. Which perhaps explain why the secret about Wellington has yet to fully get out …

“People sometimes skip Wellington when they visit New Zealand, but it shouldn’t be missed! It’s a hip, vibrant city on the water, full of unique cafes, museums, shops, and bars.”
Mari Johson
// Miss Mari Johnson
“We will always recommend traveling to New Zealand for the epic chance to do a road trip around the North and South island. Some of the most beautiful scenery in the world!”
Natasha & Cameron
// The World Pursuit

The world’s most beautiful fence-less zoo

A majestic utopia for nature lovers, Kangaroo Island (or “KI,” as the locals call it) is a wildlife sanctuary that operates like a fence-less zoo. And, yes, there are plenty of the island’s namesake here (in fact, the marsupials outnumber the human residents by a factor of ten).

The island has seen a recent mini-boom in luxury tourism, owing to facilities like the world-acclaimed Southern Ocean Lodge, which is perched on a secluded cliff overlooking the ocean, and the under-development The Cliffs Kangaroo Island, which Forbes magazine has suggested might be the “World’s Next Great Destination Golf Course.” And with views like this, you’re definitely going to want to pop open a bottle of vino from one of KI’s 30 vineyards, sit back, and just take in the island vibes.

Witness the stars as our ancestors did, free of the light pollution that infects the night sky for the vast majority of modern population. Named as Australia’s first official Dark Sky Park in 2016, here visitors can view the spectacle of the night sky the way it was meant to be seen. Located in the remote Warrumbungles near the town of Coonabarabran, NSW, the park is at the leading edge of the emerging travel trend of astrotourism. Inside sits the Siding Springs Observatory, sporting the largest optical telescopes in Australia (which the public can exclusively witness during the annual StarFest in October). The best way to experience the park is to camp out under the stars, something made easy by the abundance of inviting camp sites.

The color of relaxation is Orange

Foodies and oenophiles are flocking to the Orange region for its mouthwatering fare and burgeoning wine scene. You can thank the rich volcanic soils here, which help spawn deliciously fresh produce that is served up in the area’s surprisingly diverse array of restaurants. And with more than 80 working vineyards and 13 wineries in the region, you won’t be at a loss for something to help wash it all down. When you’re not filling yourself up, entertain yourself with a walk along the Orange Heritage Trail, a self-guided walk past more than 40 places of historical interest or by appreciating the spectacular art at Orange Regional Gallery. Whatever you do, take the time to savor it all. Because if relaxation had a color, it’d be Orange.

Well, there you have it: our six winning emerging destinations in Australia and the Pacific for 2019! Our all-star judges for this article included: NOMADasaurus, Everything Everywhere, The World Pursuit, Uncornered Market, and Mari Johnson.
Before you go, check out some of our other top guides for Oceania: