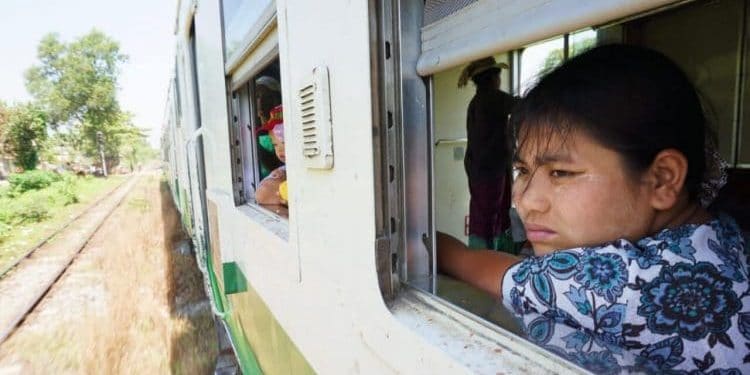 Is it time for another boycott of Myanmar by travelers?

After backpacking Myanmar last April, it quickly became one of my favorite countries for travel. My Myanmar photos are still some of my best from my trip around the world. And I’ve spent the months since telling just about everyone who will listen that they should go to Myanmar and go now.

Unfortunately, it may be time to question that advice.

In light of recent tragic developments with respect to the horrific treatment of Myanmar’s Rohingya Muslim minority, it behooves us to reconsider the question.

Note that the situation in Myanmar is a developing one. This post was originally published in early October, 2017, and has been updated where marked.

Should travelers once again boycott Myanmar?

Spoiler alert: I don’t have the answer. But I do think it’s a question that at least needs to be considered in light of the increasingly horrific news coming out of Myanmar.

So for those who have no idea what I’m talking about, here’s a quick rundown of the latest developments in Myanmar, as well as a list of arguments I can come up with for and against a travel boycott of Myanmar (Burma).

In 1988, the ruling military junta in Myanmar began a series of violent crackdowns on political protesters. This prompted economic sanctions from western governments. Over the next twenty years, the junta’s terrible humanitarian record prompted further sanctions and an unofficial but widespread boycott of Myanmar by travelers. That boycott was inspired in part by the Burmese opposition party NLD, led by Aung San Suu Kyi, who won the 1990 elections by a landslide only to see the military junta refuse to recognize the results.

Over the next 15 years, even as tourism boomed in the rest of Southeast Asia, Myanmar became something of a tourism black hole, with the vast majority of travelers choosing to give the country a pass.

Then in 2010, the NLD dropped its call for a boycott, issuing a statement suggesting that tourism might help open up the country.

Indeed, over the following years, the military junta began to show some cracks and, in 2015, the NLD won the parliamentary elections, bringing in Nobel laureate Aung San Suu Kyi as the country’s new leader. This heralded what many hoped would be a new era of property and peace in Myanmar.

Travelers, NGOs, and governments universally agreed that a boycott was no longer necessary and travel to Myanmar has boomed in recent years. In fact, Myanmar is arguably one of the world’s greatest emerging travel destinations.

The Rohingya Humanitarian Crisis in Myanmar

Despite Myanmar’s growing tourism industry, large parts of the country have remained off-limits to foreigners. Indeed, when I was there, I ran into several travelers who had to amend a planned trek after the government marked an area off-limits.

One of these spots, and one of the most trouble in Myanmar, is Rakhine State in western Myanmar, home to the Rohingyas – a predominantly Muslim ethnic minority.

There is a long, complicated history of tensions between the Rohingyas and Myanmar’s Buddhist majority, but the flash-point for the recent crisis was October, 2016, when Myanmar’s army began a brutal crackdown in response to an attack by Rohingya insurgents.

In the past year, the government has been accused of an increasingly horrifying list of atrocities against the Rohingyas: extrajudicial killings, gang rapes, arson, and more.

Approximately 1 million Rohingyas lived in Rakhine before the recent humanitarian crisis. Even then, they were considered one of the most persecuted minorities in the world, with Myanmar’s laws denying them citizenship and leaving them a stateless people.

In August, 2017, the government’s crackdown intensified after another attack by a Muslim militant group.

In the intervening month, a half million Rohingyas have fled to nearby Bangladesh, where many live in desperate conditions in refugee camps.

The government’s actions have come under increasing scrutiny, with the U.N.’s human rights chief going so far as to call the Rohingya crisis “a textbook example of ethnic cleansing.” [Edit 12/11/2017: The US Government has now called it “ethnic cleansing,” lending more support to the argument for a Myanmar boycott]

Aung San Suu Kyi has herself come under heavy criticism, with many calling for her to be stripped of her Nobel prize (something that can’t actually happen under the organizations bylaws). She has recently responded by proposing a civilian agency to deliver foreign assistance to the Rohingyas.

It’s worth noting that the situation is rapidly evolving, and that thanks to the limited access granted to the press and other foreigners in Rakhine state, accurate information about the crisis is not always available contemporaneously.

Arguments for Why Travelers Should Boycott Myanmar

The arguments in favor of a Myanmar travel boycott are fairly obvious and not hard to articulate:

First, whether you call it ethnic cleansing or something else, it’s clear that what’s happening in Myanmar is truly tragic, and that the government and the army is at fault. Travelers, and indeed all of humanity, has a moral obligation to do everything in our power to stop atrocities like this from occurring.

Second, it’s hard to travel to Myanmar in a way that doesn’t at least indirectly support the government. Sure, unlike in the past, you can stay in privately-owned guesthouses, buy from locally owned food vendors, and take tours that aren’t owned by the government. But ultimately some portion of every dollar you spend will end up in the government’s pockets through various tourism taxes and the fact that the government still owns large pieces of the tourism industry (including the airlines).

Third, by traveling to Myanmar, we are arguably sending a signal to the Myanmar population and the world writ large that the government’s actions are normal. By normalizing this kind of behavior, we encourage it and are complicit in it.

Arguments for Why Travelers Should Still Go to Myanmar

On the other hand, there are some very reasonable arguments against a travel boycott of Myanmar:

First (and most persuasively in my mind), there is a good argument that travel boycotts are simply never a good idea. It’s not clear that they really do anything in the first place, and they may do more harm that good. Isolating a country and its people from the outside world is not the best way to promote peace and understanding.

Second, there is the practical reality if you boycott travel to every country where you disagree with the government, you may not be able to travel very far (by counterpoint, though, what’s happening in Myanmar is truly abnormal and we shouldn’t obfuscate it by blurring it with lesser governmental abuses).

Third, the situation on the ground in Myanmar is arguably much more complex than some portray it. I’ve tried really hard to understand it in connection with this post, and I’ll admit I’ve had a hard time fully forming my understanding of the issue. That’s not meant as an excuse to say we should throw up our hands and ignore the crisis, but as an acknowledgment that the crisis may not be as simple as some portray it. [Edit 12/11/2017: As time passes and things seem to continue to get worse, I think it’s becoming harder to argue this isn’t a uniquely terrible set of events warranting a boycott of Myanmar]

[Edit 12/11/2017: Calls for a Myanmar boycott seem to be picking up, and I don’t think this is a valid reason to oppose a boycott anymore]

That last point may change though. I did reach out to Amnesty International in connection with writing this post, and they responded to say that “we never comment on potential travel bans to any country as a matter of principle,” but nonetheless pointed out that Amnesty International has called for the U.N. to impose an arms embargo of Myanmar.

Conclusion: Will You Boycott Myanmar?

I have deeply conflicted feelings about this issue, and I’ll be the first to admit that I’m hardly an expert on the latest political developments in Myanmar.

But, even as an outsider, it’s clear that tragedy is afflicting the country and that the government’s actions are deeply wrong. I think that when there are credible allegations of ethnic cleansing, it’s time to at least reflect on whether we should be spending our travel dollars in a way that supports that government, even if only indirectly.

On the other hand, I’m generally sympathetic to the argument that travel bans aren’t terrible effective and that they only serve to isolate a people from the outside world. I tend to support the notion that travel is a positive thing — travel is fatal to prejudice, as Mark Twain would say — so I’m hesitant to ever call for travel bans.

So would I personally travel to Myanmar right now?

[Edit 12/11/2017: No, I would not go to Myanmar again at this point, given that events continue to get worse. When many international governments are accusing another government of ethnic cleansing, I simply don’t see how I could bring myself to support, even indirectly or implicitly, that government]

For another differing perspective on the topic, see this post from Southeast Asia Backpacker.

I’d love to hear your opinion in the comments. What do you think? Should travelers once again boycott Myanmar?