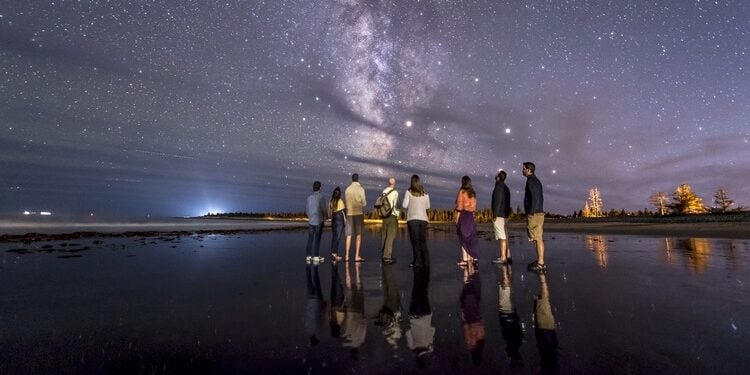 After Travel Lemming readers voted Nova Scotia one of the top 5 destinations for 2020, this was poised to be the breakout year that international visitors finally discovered the secret of Nova Scotia.

Well, given recent events, foreign visitors will have to wait a bit longer to discover the island. But if you happen to be a residents of Atlantic Canada, this summer might just offer a once-in-a-lifetime opportunity to rediscover Nova Scotia! Starting July 3, resident of the four Atlantic provinces can once again travel freely within Nova Scotia.

So, whether you can visit this summer or need to wait a year, let’s talk about why you should plan a trip to experience the many incredible things to do in Nova Scotia:

Whatever floats your boat (and yes, there are plenty of boats!) – the province of Nova Scotia has something for you! Here are 12 reasons to visit Nova Scotia, written by a local:

Special Note: This article was originally drafted in January and then put on pause when the pandemic hit. We are releasing it now along with the July 3 opening of the Atlantic Travel Bubble. Note that restrictions are still changing, and not all attractions mentioned may be open yet. For more information on the latest status of covid-restrictions and travel in Nova Scotia, go to Tourism Nova Scotia’s helpful FAQ page. We also encourage you to consult local public health authorities before planning any travel.

In 2019, Cape Breton island, which is connected to mainland Nova Scotia by a causeway, was voted the #1 Canadian Island (and 8th in the world) in the Travel and Leisure World’s Best awards. In the same year it was voted the #1 island in the Americas by Condé Nast Traveler readers. The attractions in Cape Breton include stunning scenery along the Cabot Trail, delicious seafood, great music, and super-friendly locals.

In the last 20 years or so, Nova Scotia has become home to an amazing film scene. One of the best festivals is Devour! Film and Food Festival – the largest food and film festival in the world, which is held in Wolfville each October, just as the autumn leaves turn fiery red, yellow and orange.

#3 – Lobster – so many different ways

Nova Scotia will make you happy if you’re a foodie – especially a sea-foodie! The lobster season in Nova Scotia runs throughout all 12 months of the year, rotating through different coastal regions, to prevent over-fishing. This means it is always lobster season somewhere in the province.

Whether you’re chomping on a delicious lobster roll, tasting lobster-brewed beer, devouring lobster poutine, or buying your lobster direct from the boat and steaming it yourself – you will never taste fresh lobster like this anywhere else in the world.

From a moonlight sail on Halifax Harbor to a thrilling tidal rafting experience, one of the best reasons to visit Nova Scotia is to simply play in the water. On the Bay of Fundy, enjoy intensely rewarding whale-watching experiences. All over the province, take advantage of enthusiastic, skilled kayak outfitters like Whynot Adventures who can take you on an afternoon excursion or a week-long backwoods tour.

On Halifax harbor, sail the Tall Ship Silva, or tip your hat to the schooner Bluenose if she is in port. Did you know the Bluenose is the ship featured on the “tails” side of the Canadian dime, and that’s why Nova Scotians are called Bluenosers?

Since it is surrounded by water – 4,500 miles of coastline, to be exact! – it stands to reason that Nova Scotia has beaches, but visitors are often surprised at how big and beautiful Nova Scotia beaches are, and how white the sand can be. The best beaches in Nova Scotia, such as Martinique, Bayswater, Crystal Crescent or Ingonish Beach are easily compared with the shores of Australia or the islands of the Caribbean.

With so much great coastline to explore, this is the perfect place to rent a car and start planning your Nova Scotia road trip itinerary!

Nova Scotia’s Capital, Halifax, has a colonial history that dates back to the early 1600’s. And we’ve had our share of misery – from the recovery of the Titanic victims in 1912 to the Halifax Explosion in 1917. So yes, we’ve got ghosts!

On Argyle Street, look at St. Paul’s church (the oldest Anglican church in Canada) to see the ghostly silhouette imprinted in the window. A few steps away, dine at the Five Fisherman, and you may find your fork flying across the room, or a tap on your back. At the Fortress Louisbourg in Cape Breton, feel the chill of departed souls as you stay overnight there, alone… in an 18th century tent. Eeek!

Pro tip: bookmark our local’s guide to the best things to do in Halifax!

If boring old museums and galleries make you yawn, then you will be delighted at what’s on offer in Nova Scotia, especially in the summer, when Parks Canada pulls out all the stops at its incredible parks and national historic sites.

In Halifax, fire a gun at the Citadel – the most visited national historic site in Canada. In Baddeck, Cape Breton, examine Alexander Bell’s personal journals on a “white glove tour” in the town that he called home. At Kejimikujik national park, learn about turtles and petroglyphs as you glide through the water in a canoe.

Sometimes, by way of human error, tourists on their way to Sydney, Australia (population 5.2 million) sometimes end up in Sydney, Nova Scotia (population 30 thousand). The story is always the same: coming from Europe, the travelers (usually a couple) book a cheap ticket to “Sydney” and then realize they are flying in the wrong direction.

What happens next is also routine: the displaced travellers arrive in Sydney, Cape Breton, where they might be interviewed by the local paper. They are given a tour of the city, and offered assistance to arrange a flight back home. (More often than not, the accidental tourists say they have a great time).

Sable Island is a small crescent-shaped island about 110 miles off the coast of Nova Scotia. It’s home to hundreds of shipwrecks, and as a result, a community of about 500 feral horses. It’s a privilege to visit this remote sandbar, but it is prohibited to spend the night on the island, unless you are in residence as an interpreter, researcher, scientist or photographer.

But you can still go to Sable! One-day tours can be arranged by helicopter or fixed wing aircraft, while several adventure cruise operators include Sable Island as a stop on their itinerary. Pricey? Yes, but definitely one for the “once-in-a-lifetime” bucket list.

Twice a day, 100 billion tonnes of seawater flow in and out of The Bay of Fundy. When the tide is high, it looks like any other body of water – and then next thing you know, the sea has completely disappeared, revealing high red cliffs and a firm, walkable ocean floor. There are many ways to enjoy the Bay of Fundy in Nova Scotia, from Whale watching at Digby Neck to fossil hunting at Joggin’s Cliffs, to simply looking out over the mud flats with a glass of white wine in your hand. We recommend the local appellation, Tidal Bay.

#11 – The most pubs per capita in North America

Tourism Nova Scotia says the capital city of Halifax has the most pubs per capita of any city in North America. This could be due in part to its seasonal population of students (there are six degree-granting universities in Halifax), or perhaps its history as a port city and naval base. One thing is sure, there’s a pub or bar for every taste in downtown Halifax.

But Halifax isn’t the only place in Nova Scotia to whet your whistle. There are plenty of good watering holes across the province. The town of Wolfville, for example, has a number of cool bars, including the newest – the Church Brewing Co. – well worth a visit!

The east coast of Canada is known to be a friendly and safe place to visit. We’re a close knit community of people, who care about each other and love welcoming visitors. So, although there are many reasons to visit Nova Scotia for the first time, it is our friendly nature and generosity that will make you want to return.

Wherever you choose to visit in Nova Scotia, you will find your own reasons to love this beautiful province.

Ready to get planning? Check out our free Nova Scotia travel guides now (warning: side effects may include wanderlust).

A former flight attendant, Helen exchanged her wings for a journalism degree and never looked back. She writes about food and travel from her hometown of Halifax, Nova Scotia with bylines for CBC Life, The Globe and Mail, Eat North, Family Fun Canada and the Chronicle Herald. Helen is a member of the Travel Media Association of Canada.