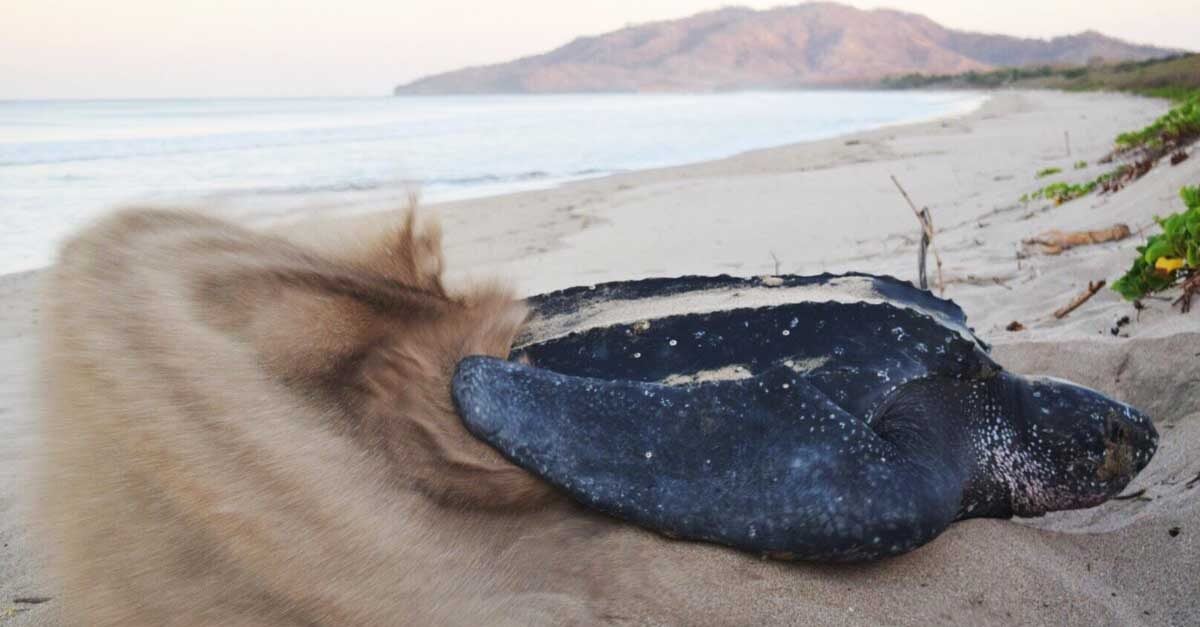 While most places experience spring, summer, fall, and winter, Costa Rica operates on a two-season cycle – dry and rainy. Since the rainy season can hinder outdoor activities, the best time to visit Costa Rica is during the drier months between November and early May.

Taking Costa Rica’s seasons into account when planning your trip is key since the rainy season can bring heavy storms that, at their worst, can cause road closures and flooding.

While the dry season of December to March is the most predictably good time to visit Costa Rica, the absolute best time to visit Costa Rica is in late April or early May, when the seasons are transitioning from dry to rainy when it will be fairly dry but temperatures begin falling slightly and the lush foliage begins to emerge thanks to the early-season rain showers.

When is the Best Time to Costa Rica

Heavy rains and big storms are not ideal for enjoying Costa Rica’s incredible natural beauty. So for the best chance of clear skies and sunny beach weather plan your visit for the dry season from December through March.

Being a tropical country means that Costa Rica boasts lush forests and rich wildlife, but it also means getting wet during the rainy seasons. While the dry season, mid-December through March, is the ideal time to visit the pacific coast to enjoy the gorgeous weather, this can also be an extremely busy time. My favorite time to visit is in April when the season is transitioning from dry to rainy, aka the shoulder season, which also coincides with smaller crowds.

Of course, there are plenty of caveats, which can make choosing a destination and timeframe for your Costa Rica trip difficult, but I’ll lay it all out and make it easy for you!

When to Visit Costa Rica for the Best Weather

If you visit the pacific coast of Costa Rica during the dry season, hot sunny days will be pretty much guaranteed. Costa Rica’s dry season, at least in the western part of the country, such as the Nicoya Peninsula and the Osa Peninsula, falls from mid-December through March. So if your trip revolves around outdoor activities like hiking, enjoying the beach, or lounging poolside you won’t go wrong planning your trip to Costa Rica during these months.

The Caribbean side of Costa Rica, however, is less predictable. It receives unexpected storms year-round, though January and February tend to be more reliably dry. The central valley, which is full of misty cloud forests, also tends to be wetter, though the rain tends to come regularly in the afternoons, leaving sunny mornings for activities.

When to Visit Costa Rica for Cheap Prices

Costa Rica’s peak season, and subsequent high prices, tend to coincide with the dry season, from December through March. Therefore, if you’re hoping to avoid paying premium hotel prices, you might consider visiting during the low season, from May through early December. During these rainy months, you risk fewer sunny skies but the tradeoff is fewer tourists!

Besides paying less for hotels and tours, you will also be rewarded with lush foliage that emerges during Costa Rica’s green season.

🚗 Where to Rent a Car: renting a car will allow you to make a quick getaway if you get caught in the rain! Check out Discover Cars for a reliable option.

When to Visit Costa Rica for the Best Beach Days

Thankfully, many of the most stunning beaches in Costa Rica are in the Guanacaste area. From Mid December through March, the northern pacific region of the country becomes far less humid and receives significantly less rain. The ocean also gets calm, clear, and inviting.

👉 Related Reading: For more a guide to Costa Rica’s many gorgeous beaches, as well as other incredible areas, check out my article 27 Best Places to Visit in Costa Rica.

When to Visit Costa Rica to Avoid Crowds

Costa Rica is a popular destination for families, so school holidays such as spring break, summer vacation, and winter holidays, tend to all peak tourist times. In addition to these periods, the high season is from Mid December through March when the weather is most predictable sunny and warm.

When to Visit Costa Rica for Good Surf

With 800 miles of coast and some globally-recognized surf destinations, such as Tamarindo Beach, Costa Rica is a dream destination for surfers. While it’s possible to surf year-round, if your priorities are big swells with consistent surf, the rainy green season (May-December) is the ideal time to visit.

🛎️ Need a Hotel in Tamarindo? Check out the best hotels on Booking!

When to Visit Costa Rica to See Sea Turtles

Costa Rica is considered a superlative country when it comes to sea turtles! Of the seven species, five nest on the Costa Rican coastline. The best times and places to see them are:

People usually think it’s best to avoid Costa Rica during the wetter season, but, in reality, the country is gorgeous when the vegetation is lush and green. Plus, braving the rain also means that you avoid peak travel season, making this underrated season a great time to visit Costa Rica.

The dry season is often considered the best time to visit Costa Rica because the weather is predictable hot and sunny, which is great for beach days and outdoor activities. However, these months are also peak season for tourists, meaning that hotel and tour prices increase and the crowds are larger.

The shoulder season in Costa Rica is the period when the dry season shifts to the green season. The most typical transition month is April when the first rains start, which also catalyzes the dehydrated forests to turn green again. This is also a less busy time for tourism, so prices have yet to rise.

Just be sure to avoid visiting Costa Rica during Semana Santa, a holiday that spans the week leading up to Easter that draws a surge of tourism, especially to coastal areas.

👉 Read Next: What is the best time to visit Mexico?

Always be Prepared for Rain!

Despite having seasons that are based around rainfall, storms can hit unpredictably, so it’s always a good idea to bring a raincoat.

Since Costa Rica is near the equator, the sun can be powerful and sun stoke can be a real danger. Wear sunscreen, a hat, and cover up with clothing.

While beholding some of Costa Rica’s rare wildlife, such as the monkeys, sea turtles, and coatis is super exciting, it’s best to retain a respectful distance for both your safety and the animals. I’ve seen a monkey steal an entire backpack from someone who got a little too close!

Mosquitos and sand flies can be a huge nuisance in Costa Rica, especially in the more humid areas and during the wetter months. To avoid spending your vacation itching yourself incessantly, be sure to bring some bug repellent, such as Ranger Ready.

Costa Rica is a generally safe country, especially for tourists. While petty crime, such as opportunistic theft does occur, more violent crime is rare. To avoid any confrontations, it’s best to avoid less populated areas, such as empty beaches after nightfall. The capital, San José, has a higher rate of crime than other, touristic areas, so it’s advisable to always take vehicle transportation rather than walking.

What type of tourism is Costa Rica known for?

Costa Rica’s wide variety of ecosystems and diversity of wildlife makes it a top destination for adventure seekers and nature-lovers. The small country boasts tropical dry forests, rain forests, mountainous cloud forests, and gorgeous beaches which are all habitats for spectacular and rare animals. Because of this, the country is known for outdoor-based tourism, such as hiking, beach-going, and wildlife sightings.

Late April into early May is the best time to visit Costa Rica. It’s when the dry season is just beginning to give way to the early rains so the landscape starts to become greener and more vibrant. However, the high season for tourism has yet to get into full swing.

Costa Rica is a tiny tropical country containing incredible diversity and natural beauty! You can’t go wrong visiting at any time of the year, but hopefully, this guide has given you insight into what season is best for your vacation!

For more inspiration, check out my list of the 27 best places to visit in Costa Rica.